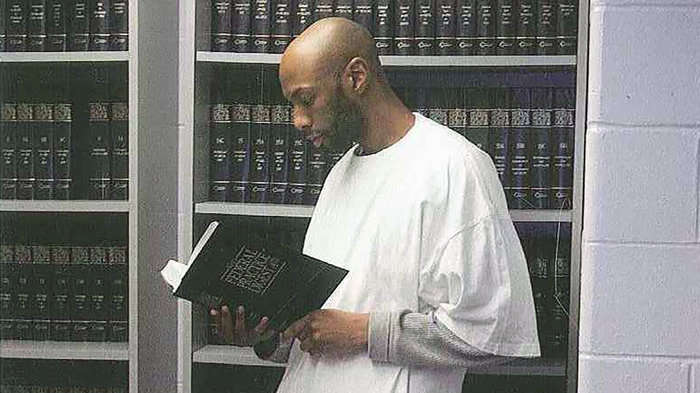 The U.S. government has executed Dustin Higgs, the last prisoner executed during the Trump administration, and the 13th in the space of six months.

The Supreme Court declined to stop the execution, although some justices dissented, noting that before the first of the 13, it had been 17 years since a federal execution had been carried out.

Justice Sonya Sotomayor called it an “unprecedented rush,” saying that “after waiting almost two decades to resume federal executions, the Government should have proceeded with some measure of restraint to ensure it did so lawfully.”

Higgs, along with two other men, killed three women in 1996, with one of the men, Willis Haynes, actually pulling the trigger. Haynes pleaded guilty and was sentenced to life in prison. Higgs was found guilty in 2000 of multiple federal offenses including first-degree premeditated murder, three counts of first-degree felony murder, and three counts of kidnapping resulting in death.

The crimes were carried out in Maryland which has since dropped the death penalty. Higgs was executed at the federal penitentiary in Terre Haute, Ind., and was pronounced dead at 1:23 a.m., according to the Associated Press.

In a statement following the execution, Shawn Nolan, an attorney for Higgs, called him “a fine man, a terrific father, brother, and nephew” who “spent decades on death row in solitary confinement helping others around him, while working tirelessly to fight his unjust convictions.”

“There was no reason to kill him, particularly during the pandemic and when he, himself, was sick with Covid that he contracted because of these irresponsible, super-spreader executions,” Nolan added.

Higgs had told the court that carrying out the sentence after his COVID-19 infection would be cruel because the resulting lung damage would cause a lethal injection of pentobarbitol to give him the sensation of drowning.

Corey Johnson, 52, was executed Thursday night. He had also contracted COVID-19 while in prison, and his attorney argued that executing him following the infection would have been “cruel and unusual punishment.”

Lisa Montgomery was executed early Wednesday. She was the only woman on federal death row and the first female prisoner to be put to death by the U.S. government since 1953.

The executions come days before the inauguration of President-elect Joe Biden, who has opposed the federal death penalty. On Monday, Senate Democrats unveiled legislation that would abolish it.