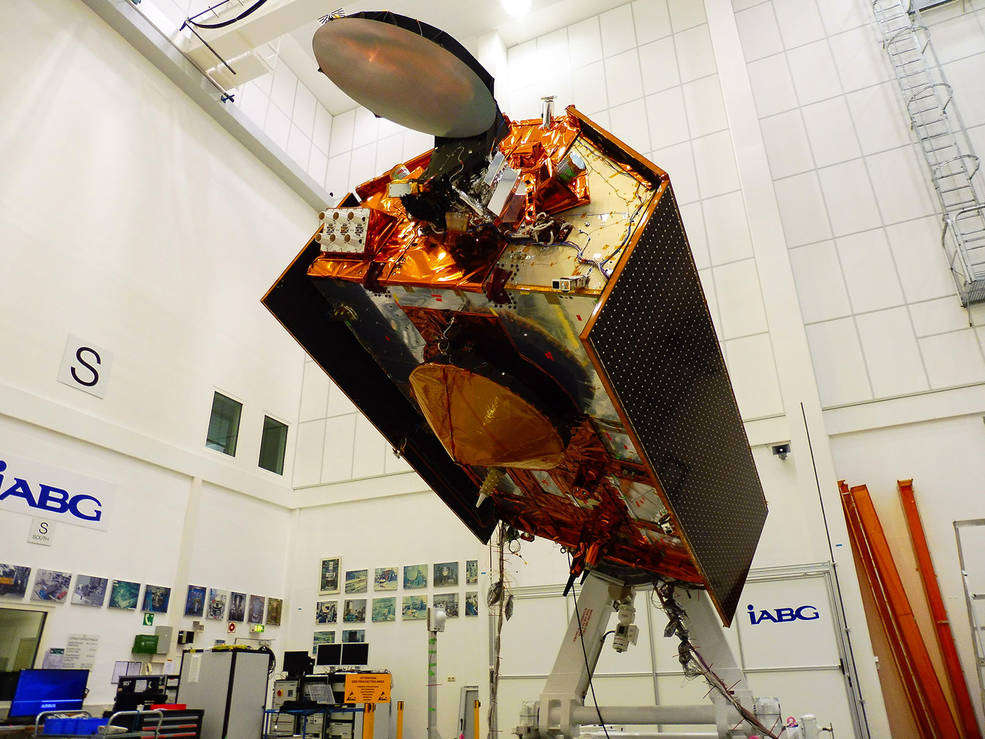 Sentinel-6A, the first of the mission's two satellites, is shown in its clean room in Germany and is scheduled to launch in November 2020. Photo courtesy IABG

U.S. and European space agencies are preparing to launch a 10-year mission aimed at measuring how much the seas will rise by 2030.

The agencies plan to launch the first of two satellites next year in what they describe as the longest-running mission of its kind on sea level rise.

The so-called Sentinel-6A satellite is scheduled to launch from California’s Vandenberg Air Force Base on a SpaceX Falcon 9 rocket.

The agencies say the Sentinel-6/Jason-CS mission, as it’s called, comes after four other shared missions that found the seas are rising about three millimeters a year.

NASA and the National Oceanic and Atmospheric Administration are partnering with two separate European space agencies on the mission.