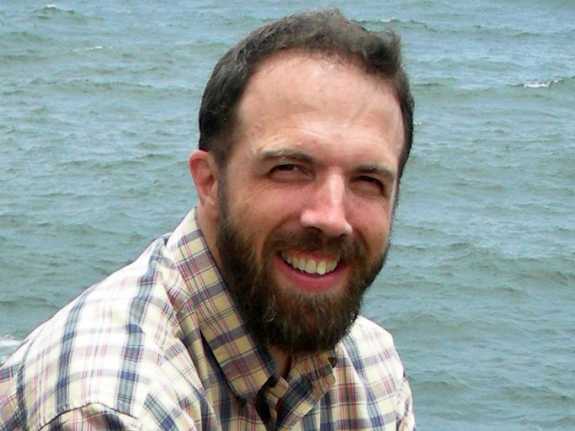 Dr. Rick Sacra, who had worked in Liberia in previous years, went back in August to tend to pregnant women and to children. The 51-year-old Massachusetts family physician is the third American to contract the Ebola virus.

The 51-year-old family physician from Massachusetts has been working on and off in Liberia with his wife, Debbie, since 1995. He joined SIM in the late ’80s and between 2008 and 2010 was the acting medical director at the group’s ELWA Hospital in Monrovia. He had previously served as the group’s Liberia director for several years.

Sacra volunteered to help with the current Ebola outbreak back in August, shortly after Nancy Writebol and Dr. Kent Brantly — the first two Americans to catch Ebola — fell sick. Writebol, a health care worker, was also with SIM and Brantly was with Samaritan’s Purse.

“Rick called and said ‘I’m ready to go,’ ” SIM’s president Bruce Johnson told reporters at a press conference today. “They [Sacra and another doctor who was not identified] knew the risks going in.”

Sacra was at the obstetrics ward seeing pregnant mothers — some of whom were turned away from other crowded facilities in Liberia. He did not treat Ebola patients.

Exactly how Sacra caught the virus remains unknown. The obstetrics ward is located at the main hospital, which is separate from the Ebola isolation unit. Johnson said Sacra was following all the precautions advised by CDC and Doctors Without Borders, including wearing protective gear.

Johnson added that all patients coming in to the hospital are screened for fever, and when necessary, monitored for other Ebola symptoms. “There’s a strong possibility Ebola symptoms were masked,” he said.

The first signs of Ebola appeared Friday, when Sacra noticed his temperature rising. He isolated himself and continued monitoring his temperature throughout the weekend.

On Monday, an Ebola test run by the Centers for Disease Control and Prevention came back positive. Sacra has since been placed in an isolation ward at the ELWA hospital for treatment.

Johnson refrained from fleshing out the details of Sacra’s treatment, but said that there hasn’t been any contact with Emory Hospital in Atlanta, where the first two American Ebola patients were hospitalized last month. There are no more doses of the experimental drug ZMapp used to treat the two missionaries.

SIM is determined to continue providing care to patients with Ebola, and those with other ailments. The aid group has approximately 250 health workers in Liberia and plans to recruit more volunteers.

“This is not the time to sit back and watch the wildfire happen,” Johnson said. “We need doctors, nurses and medical professionals to help.”