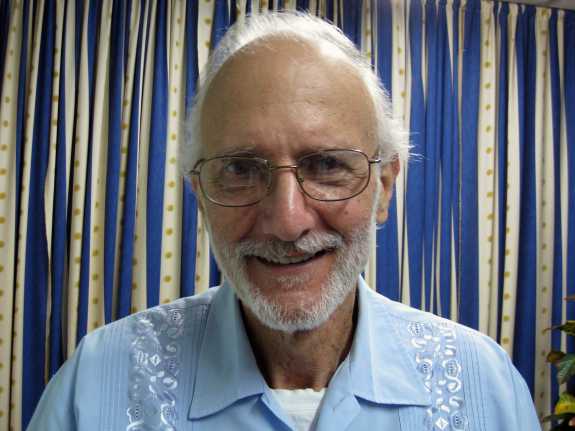 Alan Gross, the American who has spent five years imprisoned in Cuba, has been released.
Image credit: James L. Berenthal

The U.S. will start talks with Cuba on normalizing relations and on opening an embassy in Havana, senior administration officials said. The move would mark the resumption of diplomatic relations that were severed in 1961, shortly after Fidel Castro came to power.

President Obama, in Washington, and Cuban President Raul Castro, in Havana, are scheduled at noon to make announcements about relations between the two countries.

The developments come hours after news emerged that Alan Gross, the American contractor who spent five years in a Cuban jail, has been freed on humanitarian grounds.

U.S. officials said the two countries will also normalize banking and trade relations. The officials said the U.S. expected to have differences with Cuba on issues such as democracy and human rights, but the move toward normalization was a “better way of advancing out interests and our values.”

The U.S. will also move to remove Cuba from the list of state sponsors of terrorism, which it has been on since 1982.

As we previously reported, Gross, a subcontractor for the U.S. Agency for International Development, had been working on a program to improve Internet access for Jewish Cubans. During several trips to Cuba he had covertly distributed laptops. A Cuban court found him guilty of crimes against the state in 2011, and sentenced him to 15 years in prison.

In December 2013, Peter Wallsten of The Washington Post told NPR Gross was being detained in a 10-by-12-foot room with two other prisoners.

This month, Gross’ wife, Judy, said her husband had lost more than 100 pounds during his detention. “He can barely walk due to chronic pain, and he has lost five teeth and much of the sight in his right eye,” she said in a statement.

In an interview in June with NPR, Judy Gross said her husband was “despondent and very hopeless.” She warned that he had said he would “take drastic measures if he’s not out very shortly.”

Gross had staged a nine-day hunger strike earlier this year.