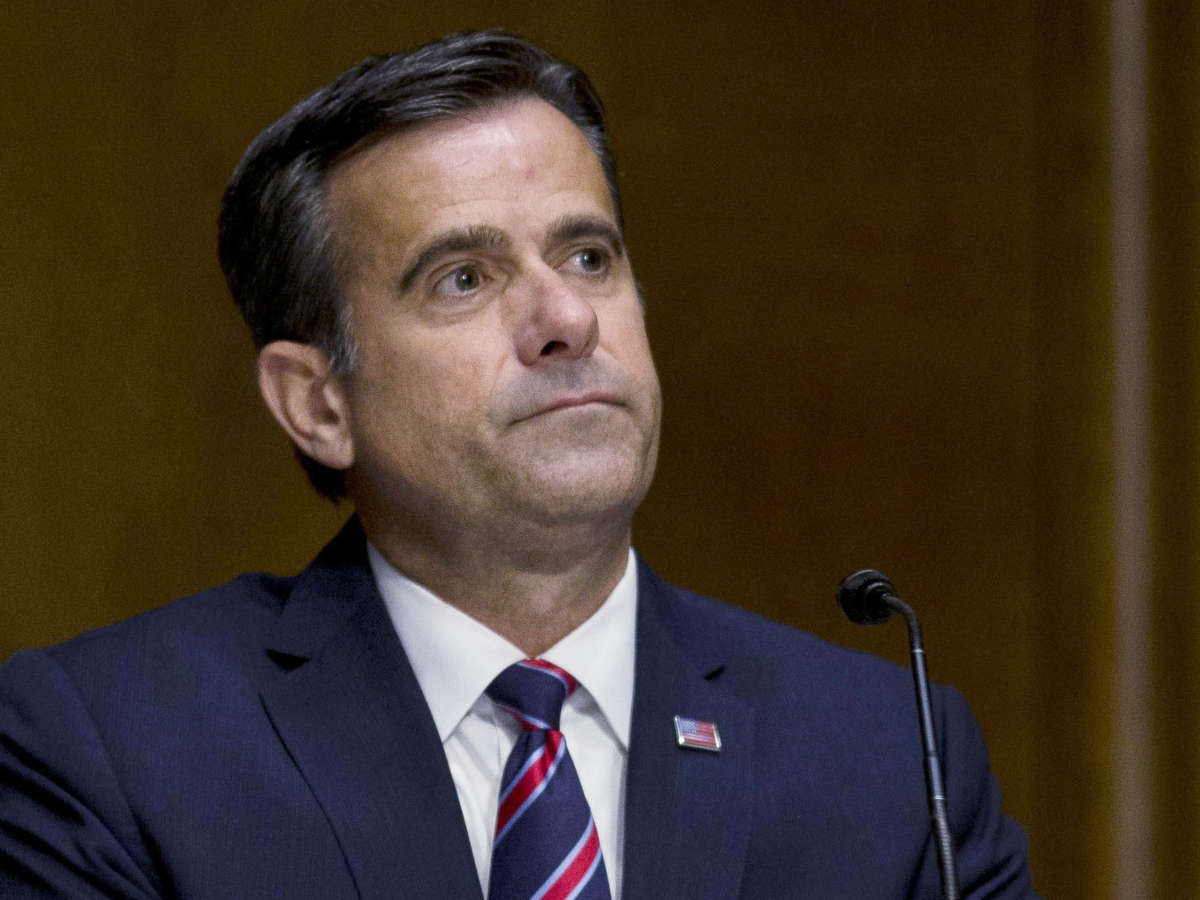 Director of National Intelligence John Ratcliffe during his earlier tenure in the House. He delivered a briefing on election threats on Wednesday evening.
Image credit: Gabriella Demczuk

Iranian influence specialists are behind threatening emails sent to Democrats in Alaska and Florida, U.S. officials said on Wednesday evening, and suggested that more such interference could be in store from Russia.

Director of National Intelligence John Ratcliffe said the U.S. intelligence community believes Iranian and Russian operatives have obtained voter record information that enabled them to target some people with intimidating emails about how they’d better vote for President Trump “or else.”

The senders posed as members of the white supremacist Proud Boys, but that was a false flag, the U.S. says. Ratcliffe sought to reassure Americans about the integrity of their actual votes, and the process by which the election is run.

“These actions are desperate attempts by desperate adversaries,” Ratcliffe said, but pledged confidence in American elections and said “you can be confident your votes are secured.”

Russian influence-specialists don’t appear to have used their voter data in a similar scheme, Ratcliffe said, but they may. His warning followed months of similar cautions by U.S. officials about the threats of interference posed by foreign actors, which have never abated since the historic spike of Russian “active measures” in the 2016 election on behalf of President Trump.

Since then, however, Ratcliffe and FBI Director Christopher Wray said American officials have worked to toughen U.S. election infrastructure and become more vigilant about election security — work they said has paid off with the awareness demonstrated Wednesday night.

“We are not going to let our guard down,” Wray said.

The FBI and the Cybersecurity and Infrastructure Security Agency have kept up a drumbeat of regular bulletins about what they call the latest intelligence about prospective election cyber-threats.

Much of their reporting focuses on the prospect of cyber-attacks on election-adjacent systems — efforts that might not disrupt an honest count, for example, but on the websites that report vote totals. Claims about compromised voter data have been part of the warnings they’ve been issuing.

Authorities say it would be very difficult for foreign powers to actually change anyone’s vote in the United States. So officials say they focus on the adjacent systems and, more broadly, on trying to change people’s minds — including with deliberate attempts at spreading misleading or false stories to shape the U.S. information environment.