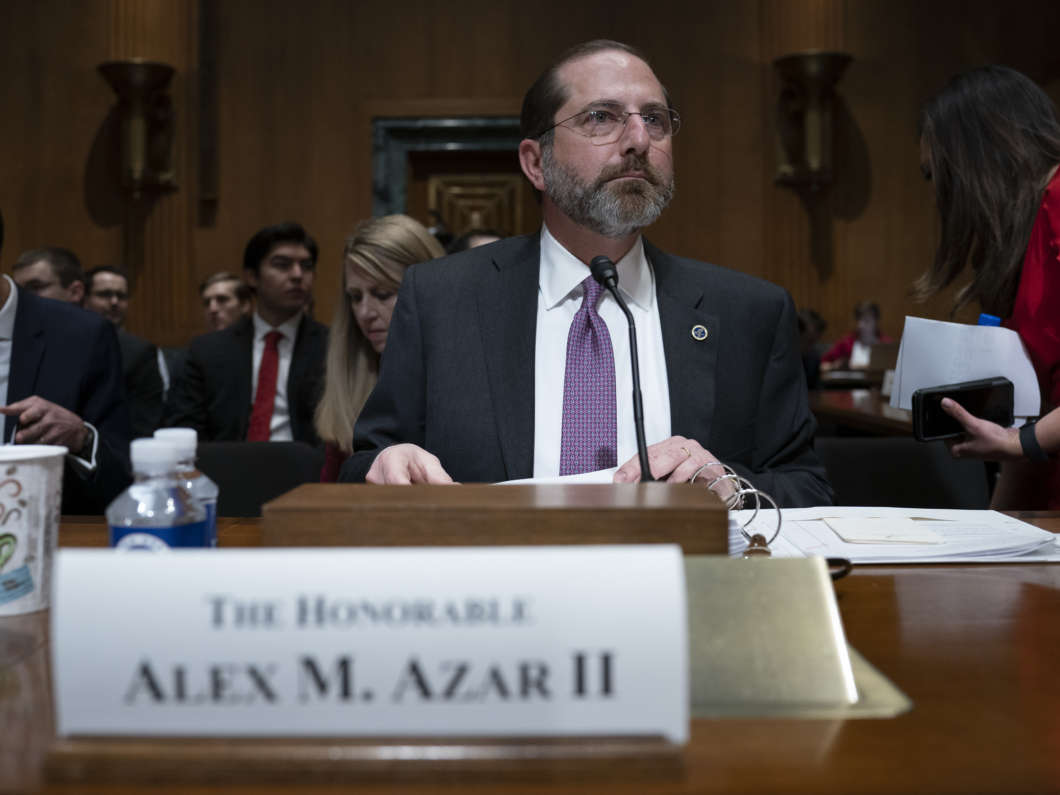 A federal appeals court has upheld a ruling that blocked work requirements in Arkansas and in Kentucky, which has since rescinded them. Secretary of Health and Human Services Alex Azar is seen testifying before the Senate Finance Committee on Thursday.
Image credit: J. Scott Applewhite

A federal appeals court has upheld a lower court decision blocking states’ requirements that people must work in order to receive Medicaid.

The U.S. Court of Appeals for the District of Columbia Circuit agreed, writing in an opinion posted Friday that the secretary’s authorization was indeed unlawful.

The ruling will apply only to Arkansas because Kentucky’s new Democratic governor, Andy Beshear, rescinded his state’s planned requirements in December.

In affirming the lower court’s judgment, the three-judge panel concluded that Azar “failed to analyze whether the demonstrations would promote the primary objective of Medicaid — to furnish medical assistance.”

Medicaid establishes certain minimum coverage requirements for states. But federal law allows states to deviate from those requirements if the HHS secretary approves them to engage in “experimental, pilot, or demonstration” projects that are “likely to assist in promoting the objectives” of Medicaid.

The lower court ruled in March 2019. It forced Kentucky to refrain from implementing the requirements, and Arkansas to halt its program.

Arkansas’ plan went into effect in June 2018, requiring most Medicaid enrollees ages 30-49 to spend 80 hours per month engaged in work or other qualifying activities like volunteering. The new requirements resulted in over 18,000 people being dropped from state Medicaid rolls in the state by December of that year.

Trump administration officials have promoted work requirements, arguing that working can cause people to live healthier lives. The D.C. Circuit is regarded as the top appeals court below the Supreme Court. HHS’ Centers for Medicare and Medicaid Services, which oversees Medicaid, hasn’t said whether it will appeal the latest ruling to the Supreme Court.

In a statement, the CMS says it “is reviewing and evaluating the opinion and determining next steps. CMS remains steadfast in our commitment to considering proposals that would allow states to leverage innovative ideas.”

Such requirements have either been proposed or are underway in some 20 states. A few states, like Indiana, have temporarily suspended work requirement initiatives while the issue makes its way through the courts.