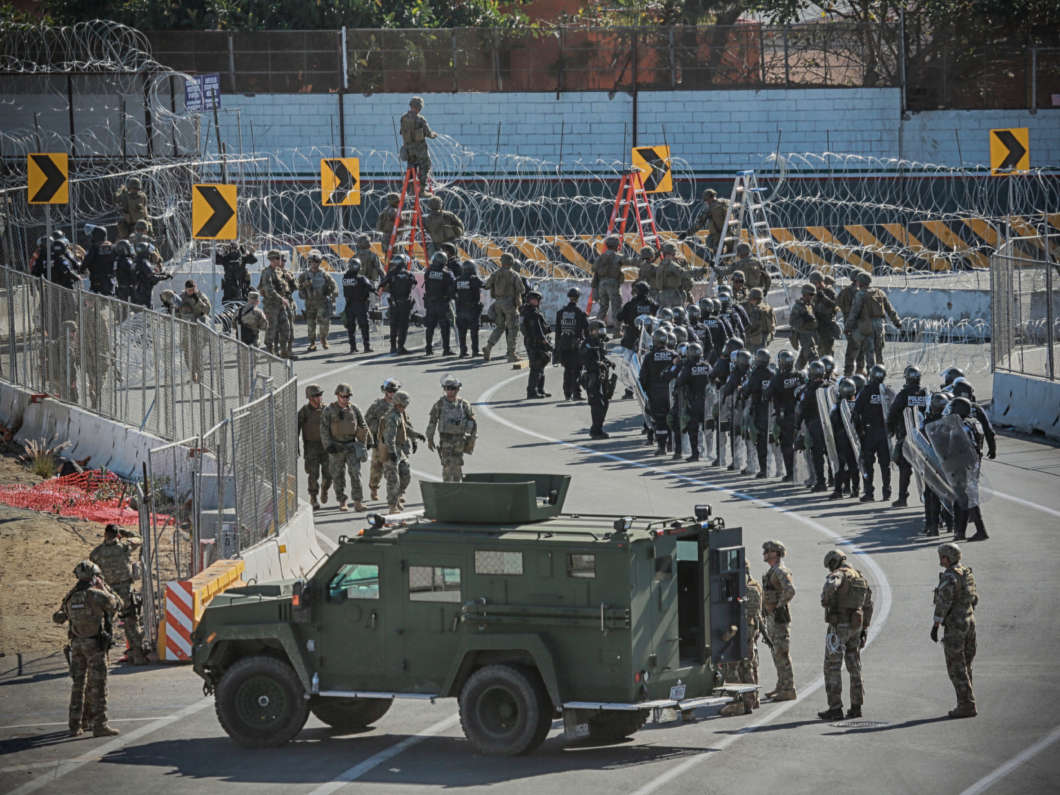 U.S. agents fired tear gas at a group of migrants on Sunday as they tried to cross into the United States from Tijuana, Mexico.

The incident took place at the Ysidro Land Port of Entry between Tijuana and San Diego, where tens of thousands of people cross between the U.S. and Mexico each day.

In recent days, more than 5,000 migrants have been camped in Tijuana after arriving in Mexico from Central America. Many of the migrants are seeking to apply for asylum in the U.S., but as James Fredrick reported for NPR, fewer than 100 asylum petitions per day are being processed at the San Ysidro entry point.

On Sunday, hundreds of migrants made their way through Tijuana towards the border.

As they marched, Customs and Border Protection closed the San Ysidro Land Port of Entry between Tijuana and San Diego. The crossing was reopened later on Sunday.

Fredrick described the scene in an interview with NPR’s Weekend All Things Considered on Sunday evening:

“Every once in a while, a new group gathers there, at the U.S.-Mexico border fence — and then pretty quickly after that, they are dispersed using tear gas. It’s pretty windy here today. I was probably half a mile from where the tear gas was shot, and I could feel it … You saw lots of families, lots of kids who, although they weren’t close there, have been feeling the effects of tear gas.”

The event occurred amid conflicting reports about the future of U.S. border policy.

President Trump tweeted on Saturday that migrants wouldn’t be allowed into the U.S. “until their claims are individually approved in court.” A Washington Post report Saturday indicated that the U.S. and Mexico had come to a deal around such an arrangement, but in a separate report that followed, Mexican officials denied a deal had been made.

President Trump then tweeted on Sunday morning, “Would be very SMART if Mexico would stop the Caravans long before they get to our Southern Border, or if originating countries would not let them form…”