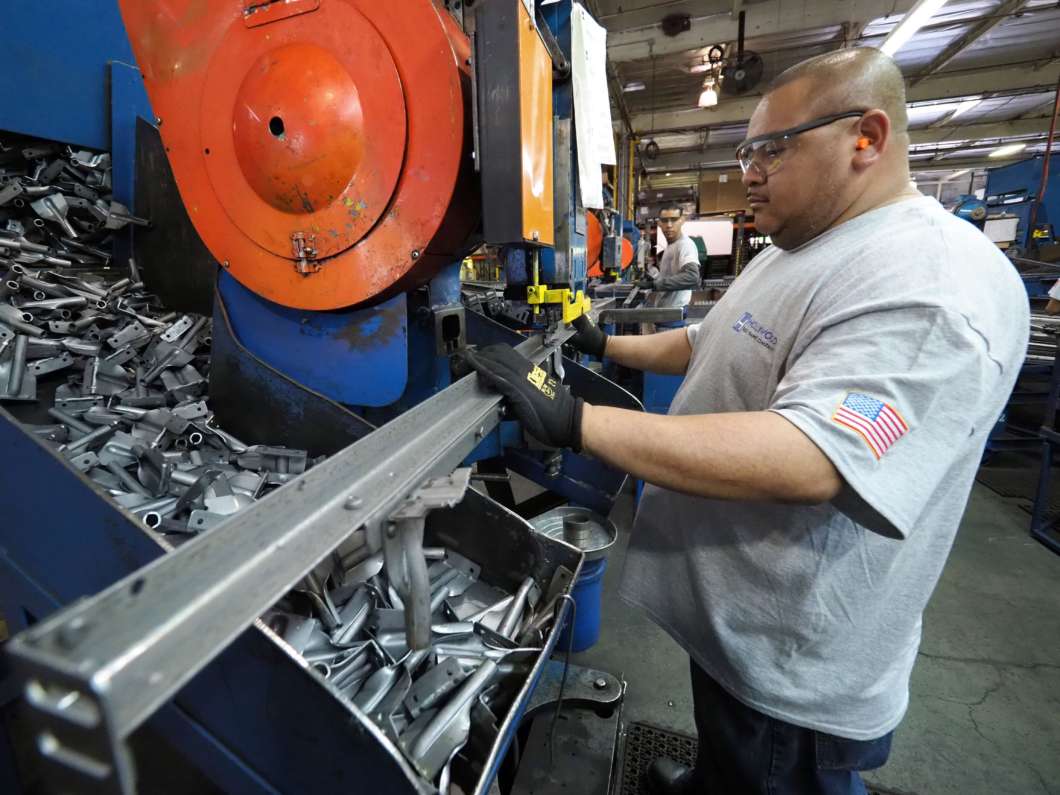 Workers build bed frames at a factory in Commerce, Calif., near Los Angeles, in 2017. Last month, the economy added a bigger-than-expected 304,000 jobs, including 13,000 in manufacturing.
Image credit: Robyn Beck

Job growth picked up for the 100th consecutive month in January even as hundreds of thousands of federal workers were furloughed during the partial government shutdown, the Labor Department said Friday.

The unemployment rate inched up to 4 percent and the shutdown contributed to the uptick, the department said.

Private economists had expected an increase of about 170,000 jobs and the unemployment rate to be unchanged at 3.9 percent.

In December, the economy added a revised 222,000 jobs. That’s less than the blockbuster 312,000 first reported and followed the revised 176,000 jobs added in November.

The 35-day partial government shutdown, which ended Jan. 25, affected hundreds of thousands of federal workers and contractors. But, because of a bill signed into law by President Trump on Jan. 16, federal employees who were furloughed or required to work without pay were guaranteed back pay after the shutdown ended. Those workers were counted as employed, the Bureau of Labor Statistics said.

Still, the Labor Department said that the number of people employed part time who wanted to work full time jumped by about 500,00, to 5.1 million, in January. “Nearly all of this increase occurred in the private sector and may reflect the impact of the partial federal government shutdown,” it said.

The Congressional Budget Office estimates the shutdown cut economic growth by 0.4 percentage points in the first quarter of 2019, although some of that will be recouped later in the year.

The Federal Reserve, which keeps a close eye on the employment numbers, said Wednesday that the labor market has continued to strengthen since December. The central bank, which raised rates four times last year, did not raise rates and cited “global economic and financial developments” and low U.S. inflation as reasons to be patient before changing rates again.

“The respectable employment data provides something of a relief, for now at least, for members of the Federal Reserve who have been bracing for the possibility of a more serious slowdown in the U.S. economy,” said Mark Hamrick, a senior economic analyst at Bankrate.com.