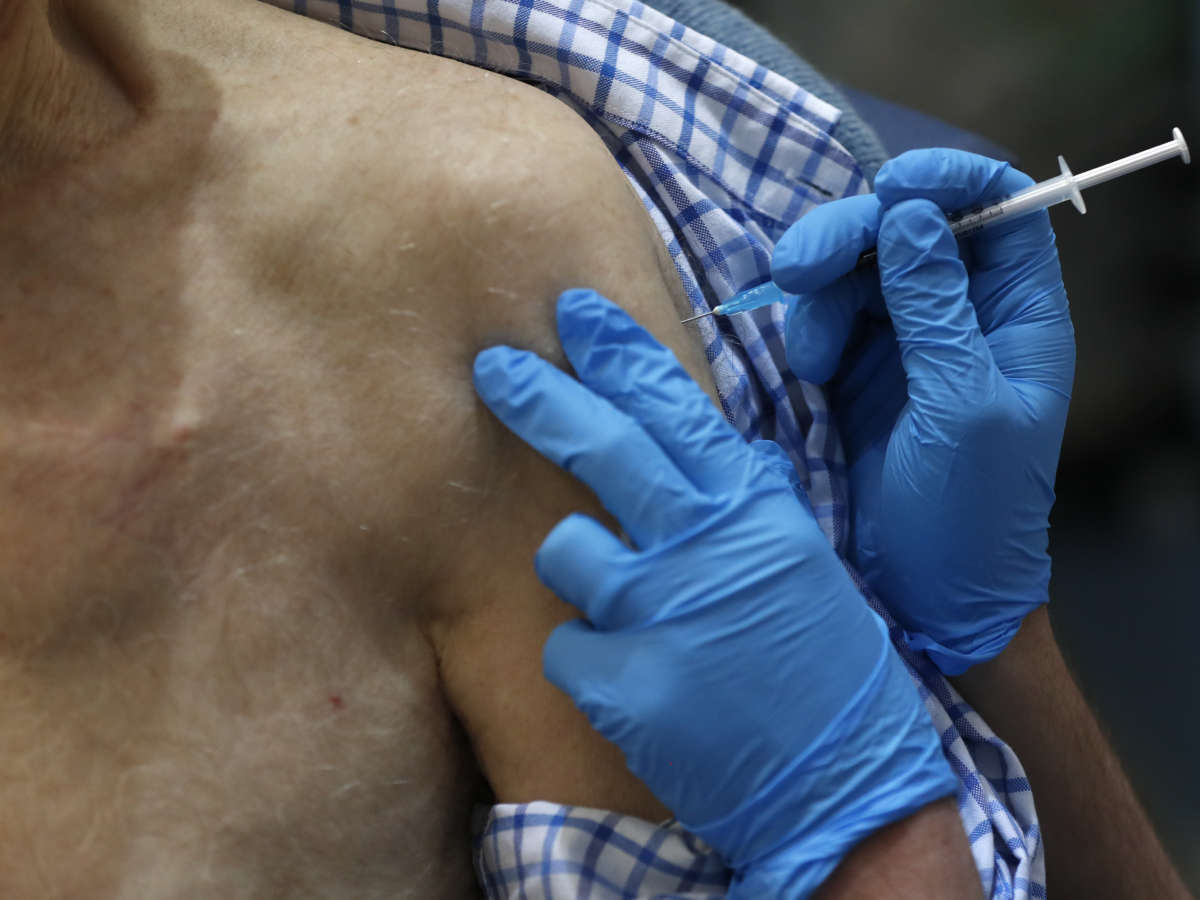 Margaret Keenan, a grandmother of four, made history Tuesday after getting a potentially life-saving birthday present.

With one shot — or “jab” as Britons might say — Keenan, who turns 91 next week, officially launched the U.K.’s nationwide coronavirus immunization campaign — the largest such effort in its history.

“I feel so privileged to be the first person vaccinated against COVID-19,” Keenan, who received the shot at 6:30 a.m. U.K. time, said. “It’s the best early birthday present I could wish for because it means I can finally look forward to spending time with my family and friends in the New Year after being on my own for most of the year.”

The U.K.’s vaccination effort begins nearly a year after the virus first appeared in China and at the same time much of the world still grapples with the pandemic.

British health officials said Tuesday marked a turning point in the country’s battle with the virus, an illness that has infected more than 67 million people around the world and has killed more than 1.5 million people, Johns Hopkins University data shows. The U.K. alone has more than 1.7 million confirmed COVID-19 cases.

Health officials began the immunization campaign just six days after granting the vaccine’s makers, Pfizer and BioNTech, emergency approval. Britain’s government has secured 800,000 doses of the vaccine so far, enough to give 400,000 people two doses each, the government said.

To immunize the rest of the country’s 68 million people, health officials must contend with enormous logistical challenges. Vials of the vaccine must be kept frozen at minus 70 degrees Celsius (minus 94 degrees Fahrenheit).

There are also concerns over how Britain’s impending split from the European Union could impact the vaccine’s transport from Belgium, according to The New York Times. The government said it was prepared to ask the military to fly the vials over the border.

The U.K. will give the vaccine first to front-line health workers, long-term care facility workers, and residents over 80 years old. Shots will be made available first at hospitals before being distributed to doctor’s offices.

“It will take some months to complete the work as more vaccine supplies become available and until then we must not drop our guard,” National Health Service England’s chief executive Sir Simon Stevens said. “But if we all stay vigilant in the weeks and months ahead, we will be able to look back at this as a decisive turning point in the battle against the virus.”

U.S. and Europe fall behind

The U.S. and other European countries are expected to approve the vaccine’s emergency use later this month.

Pfizer’s coronavirus vaccine has proven to be nearly 95% effective in clinical trials. But the immunization campaign in the U.S. could be hurt by critical supply issues.

Several months ago, the Trump administration passed on an option from Pfizer to purchase more vaccine doses beyond the initial 100 million agreed upon, according to The New York Times.

Meanwhile, The Washington Post reports that the administration has been told by Pfizer that it can’t provide more vaccine until late June or July due to its commitments to other countries.