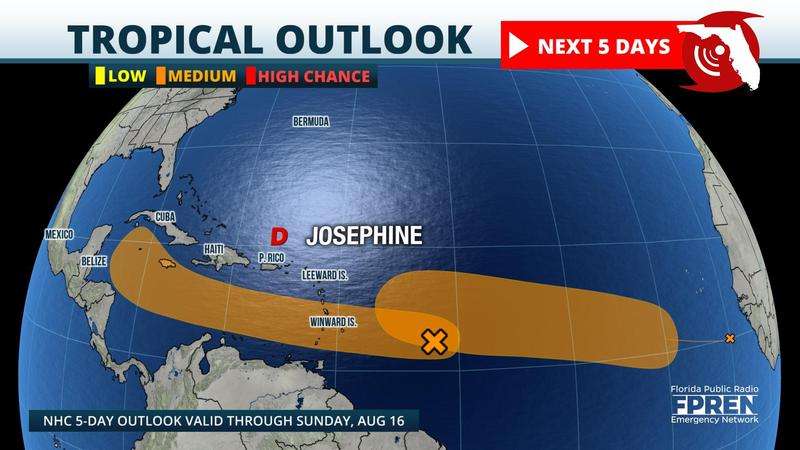 The traditionally busier weeks of the Atlantic hurricane season are upon us, and two new tropical storms may develop this week.

The first area of interest, referred to as Invest 97 for modeling purposes, was noted to be producing an increasing number of showers and thunderstorms about 500 miles east of the Windward Islands Sunday. The system was moving swiftly to the west at 20 mph, and its fast forward speed is likely to “limit significant development” over the next two days, according to forecasters at the National Hurricane Center. Thereafter, conditions are expected to become more favorable for development, and the NHC has given Invest 97 a “medium chance” of developing into a tropical depression or storm by the end of this week.

Another tropical disturbance located over the far eastern Atlantic, well southeast of the Cabo Verde islands, also has a “medium chance” of developing in the next five days.  Showers associated with it were observed to be disorganized Sunday, but environmental conditions are expected to become favorable for development by midweek as it moves across the central Atlantic.  Long range forecast data suggests this might be the first long-tracked tropical cyclone of the season, potentially bringing it close to the Lesser Antilles in about five or six days.

The next two names on the already historic 2020 hurricane season will be Laura and Marco.  Eight records for earliest named storms have already been broken this year, which include Cristobal, Edouard, Fay, Gonzalo, Hanna, Isaias, Josephine and Kyle. The earliest “L” storm on record was Luis, which formed on Aug. 29, 1995.  The earliest “M” storm on record was Maria in 2005, which formed on Sept. 2.