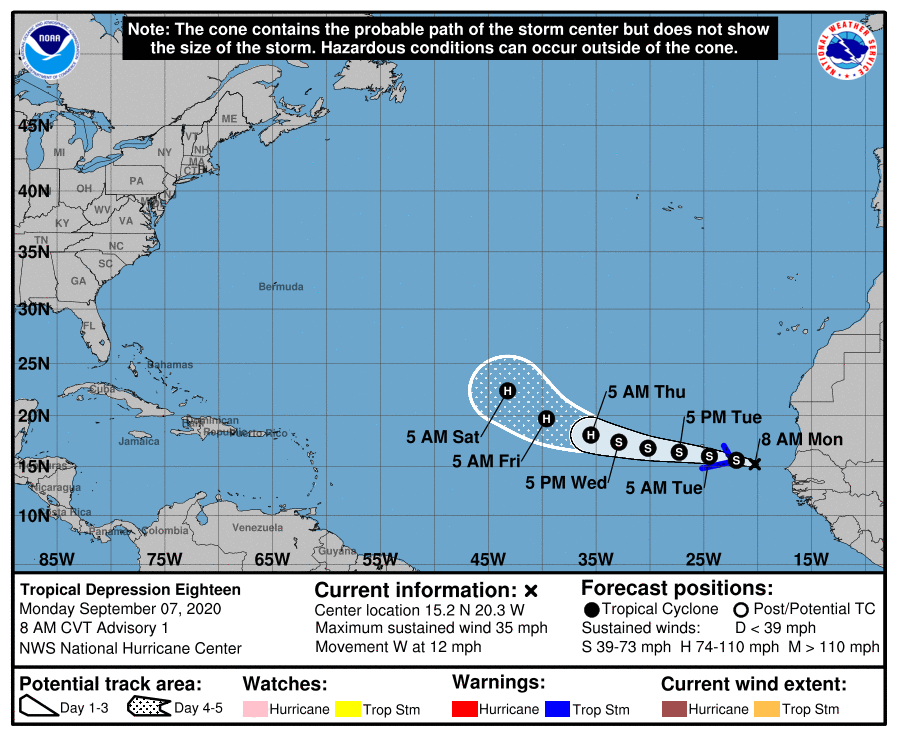 Two new tropical depressions have formed in the central and eastern Atlantic Ocean, both of which are expected to become tropical storms later today or tonight.

However, Meteorologist Jeff Huffman says neither are a threat to the United States at this time.

“Tropical Depression Seventeen is in the central Atlantic, and it will only slowly move west-northwest in the next five days over the open waters of the Atlantic. Tropical Depression Eighteen is farther east, and likely to become a hurricane after it passes near the Cabo Verde Islands, but also expected to remain far from any land areas of North America.”

Closer to home, Jeff says a large tropical wave is likely to increase rain chances across our area by midweek, but that development of this system into a depression or storm is not expected.