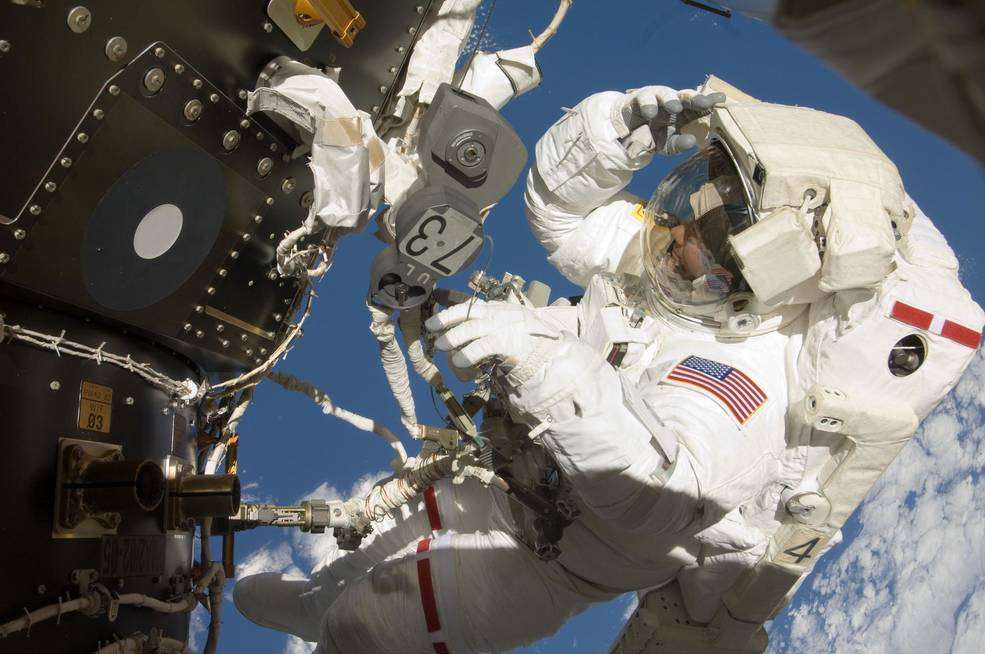 Astronaut Tom Marshburn, STS-127 mission specialist, participates in his first spacewalk and the second overall for the crew members of the Space Shuttle Endeavour and the International Space Station, July 20, 2009. Photo: NASA

A planned spacewalk at the International Space Station has been delayed due to space debris. NASA’s Kayla Barron and Thomas Marshburn were scheduled to exit the station and replace an antenna mounted on the exterior of the ISS.

But NASA officials say that won’t happen. The agency received a notification of possible space debris in the area. And since ground controllers didn’t have enough time to assess the threat, NASA is delaying the antenna swap.

The station faced a threat from space debris earlier this month after a Russian anti-satellite missile test created more than one thousand pieces of space junk. It’s unclear if the spacewalk was delayed due to this debris cloud or some other space junk in the area.

The broken antenna transmits radio waves down to Earth using a system of NASA satellites that relay the signal to flight controllers. This particular antenna system transmits low-rate voice and data over the S-band of radio frequencies. NASA says the broken antenna isn’t affecting station operations, but wants to have a backup working just in case.

It recently lost its ability to talk to that system, known as NASA’s Tracking and Data Relay Satellite System, or TDRS. The station is equipped with other antennas, including low-rate S-band systems and a high-rate KU-band communication system that can also beam back video.

When NASA reschedules the spacewalk, Marshburn will be on the end of the Canadarm2 robotic arm which will be controlled by European Space Agency astronaut Matthias Maurer from inside the space station.

It will be Marshburn’s fifth spacewalk and Barron’s first. They arrived at the station earlier this month with two others, riding in SpaceX’s Crew Dragon capsule that launched on a Falcon 9 rocket from Kennedy Space Center in Florida.

The spacewalk is expected to last about six and a half hours and take place at the Port 1 truss structure, which was first installed to the station back in 2002.