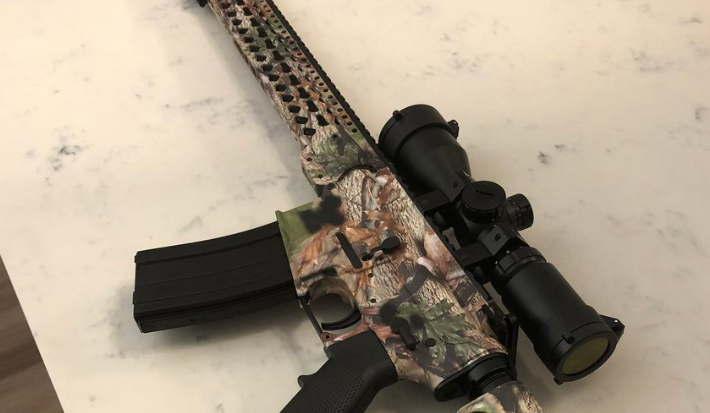 GOP State Rep. Anthony Sabatini tweeted this photo of an assault rifle on Saturday, referencing protesters who may come to Lake County.

Twitter says Lake County State Rep. Anthony Sabatini did not violate its rules when he tweeted a photo of an AR-15 and made a veiled threat against protesters.

The Florida Democratic Party sought to have his account removed for promoting violence.

Following Twitter’s decision, the party tweeted: “As an elected official you can post about having an AR-15 ready to shoot protesters online and @Twitter does nothing about it.”

Sabatini posted the ruling and called it, in his words, an “EPIC FAIL in your attempt at censorship.”

The tweet, which was posted Saturday night, says:  “Attention potential ‘protesters’ coming near Lake County, FL. This is an AR-15—this will be a very common sight upon illegal entry at any Lake County business—FYI!”

The Howie-in-the-Hills Republican has condemned protesters and tangled on social media with Democratic lawmakers following the death of George Floyd last week in Minneapolis police custody.

Before this crisis, Sabatini was in the news for opposing the governor’s Safer at Home order meant to slow down the COVID-19 pandemic.

Before that, he defended an old photo of himself in blackface and urged other cities to send their unwanted Confederate statues to Eustis.