Twice As Nice: Pete Buttigieg And His Husband Announce The Arrival Of Two Children 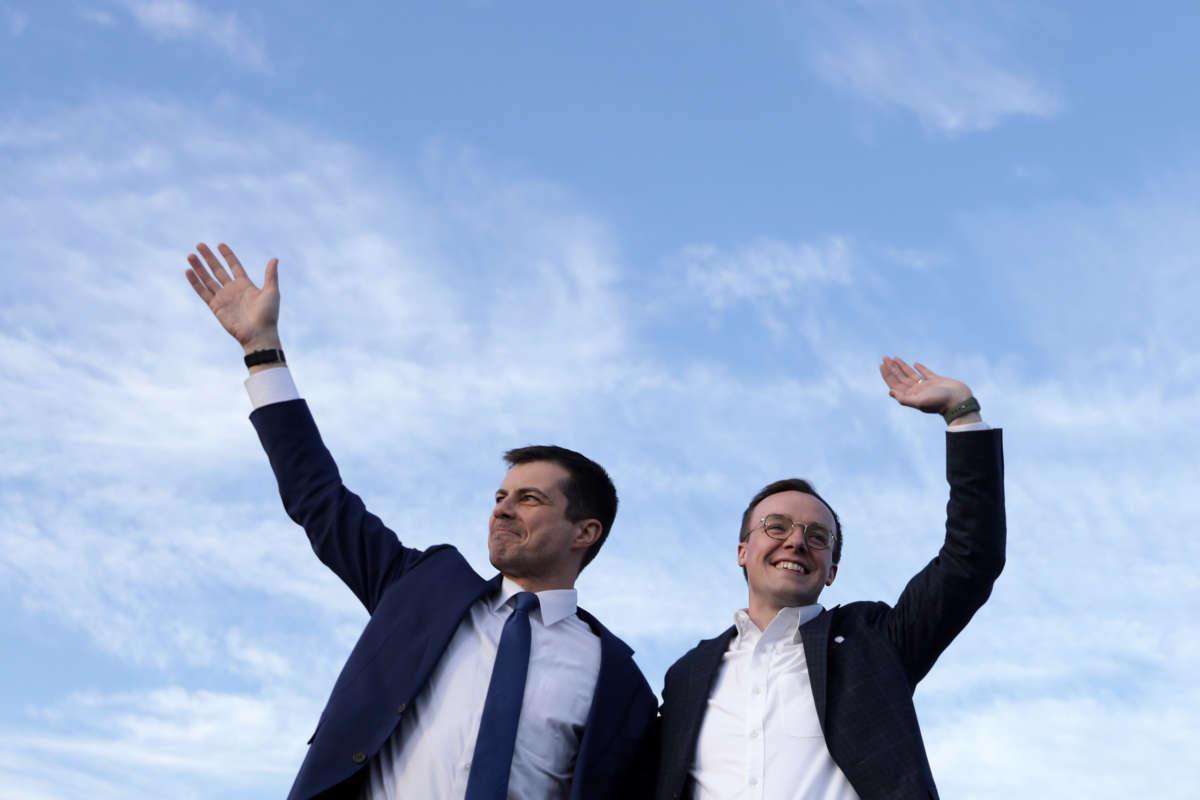 Pete Buttigieg, now the secretary of transportation, appears alongside his husband Chasten in February 2020. The couple are now the parents of two children.
Image credit: Alex Wong

When Pete Buttigieg, the secretary of transportation, announced last month that he and his husband Chasten had become parents, the congratulations were many but the details were few.

At the time, they expressed their excitement but did not share any additional information about their new child, saying only “the process isn’t done yet.”

Now, the good news has doubled: On Saturday, the Buttigiegs announced they have welcomed not one but two children — a daughter and a son.

Chasten and I are beyond thankful for all the kind wishes since first sharing the news that we’re becoming parents. We are delighted to welcome Penelope Rose and Joseph August Buttigieg to our family. pic.twitter.com/kS89gb11Ax

“We are delighted to welcome Penelope Rose and Joseph August Buttigieg to our family,” Buttigieg wrote on his personal Twitter account, alongside a black-and-white photo of the couple apparently in a hospital room, each holding a newborn.

Pete Buttigieg is the country’s first openly gay person to hold a Senate-confirmed position in the Cabinet. After his unsuccessful bid for president in 2020, he was sworn in as the secretary of transportation in February with Chasten at his side.

Now, the two are arguably the highest-profile same-sex couple in U.S. politics. Their birth announcements are a moment of visibility for same-sex marriage and parenthood.