Twenty Mice Hitch A Ride Into Space, Thanks To SpaceX 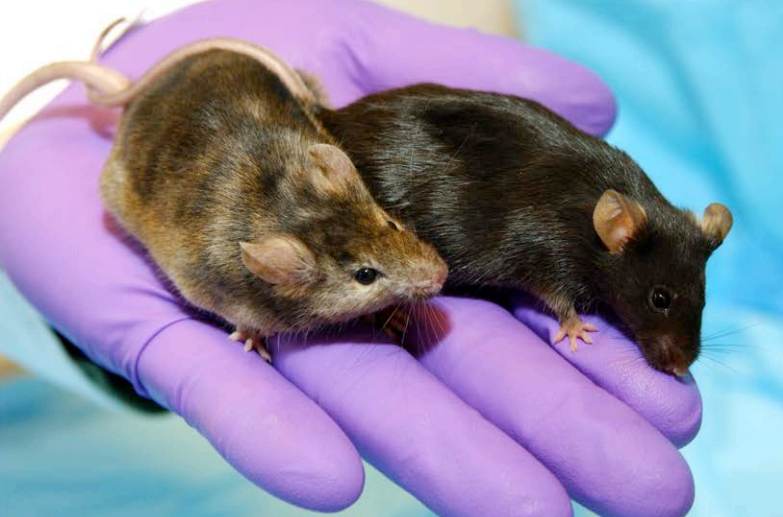 A laboratory mouse in which a gene affecting hair growth has been knocked out (left) is shown next to a normal lab mouse. (Image credit: National Institutes of Health)

SpaceX is set to launch a capsuled filled with supplies and science experiments to the International Space Station, including 20 lab mice.

The launch window opens at 12:31 p.m. Monday and weather remains favorable. Dragon will separate from Falcon 9’s second stage about 10 minutes after liftoff and attach to the space station on August 16.

Florida State University researcher Michael Delp wants to solve some biological problems astronauts face in space. To do that, he’s sending the group of mice to the station. For nearly a month, the mice will live in micro-gravity.

Those issues include bone and muscle deterioration as well as fluid pressure changes in the brain that impair space-travelers’ vision.

The mice will be returned to Earth, splashing down in the Pacific ocean next month. The Navy will pick up the furry test subjects and transport them to Loma Linda University in California. Then, they’ll be examined to see just how microgravity affected their physiology.

The supply mission is part of NASA’s commercial cargo program, paying private companies like SpaceX to ship materials to the space station.