Turkey calls the blast in Istanbul an attack. At least 6 are dead 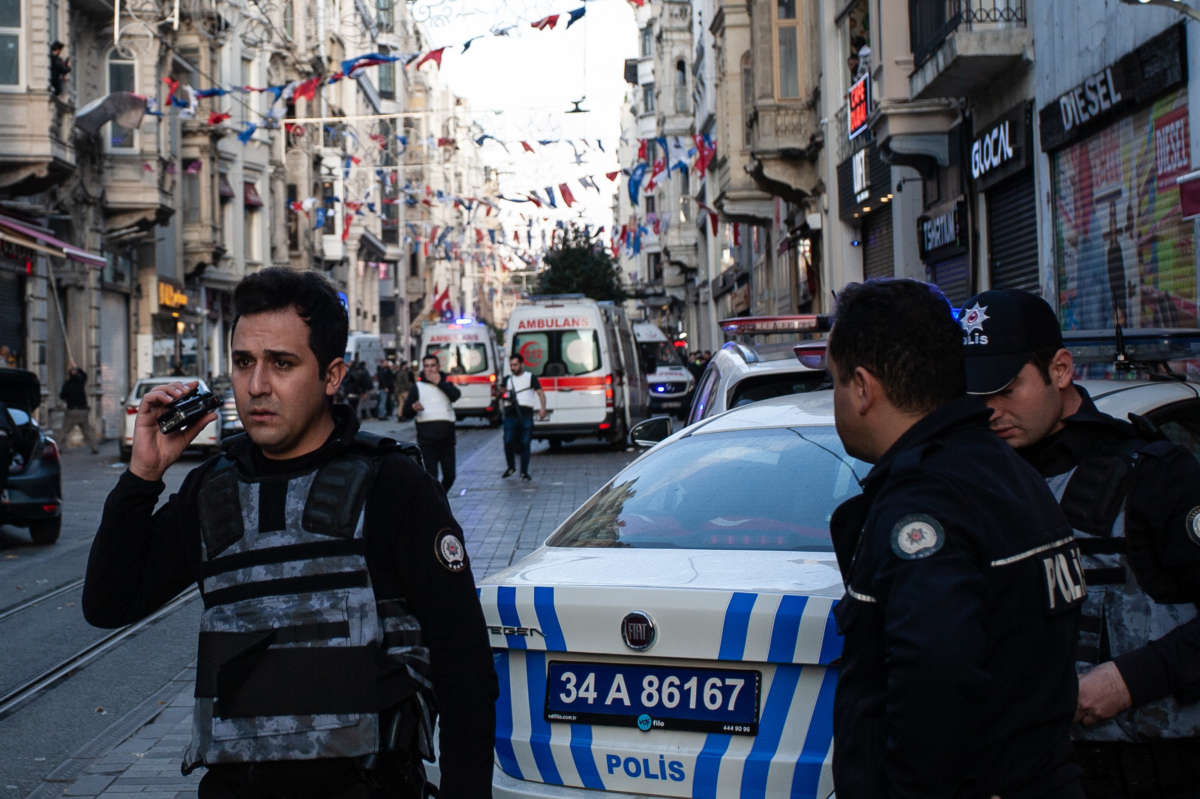 ISTANBUL, Turkey — At least six people were killed and 81 others injured Sunday in an explosion on Istanbul’s best-known commercial street, according to officials in Turkey.

President Recep Tayyip Erdogan described the blast on Istiklal Avenue as an attack and vowed to identify those responsible for it. Police arrested a suspect on Monday, The Associated Press reported, citing Turkey’s interior minister.

There was no immediate explanation or claim of responsibility.

Shop owner Hasan Ozsut, who believes he was up to 500 yards from the blast, said he saw about four people lying on the ground and many others running.

“God knows who’s going to hold the responsibility this time,” he said.

Ozsut also expressed concern about how the explosion would affect end-of-year tourism to Turkey.

Istanbul has been the scene of attacks before. On New Year’s Day in 2017, a gunman shot and killed 39 people at a nightclub. Almost 80 others were also injured. In 2003, a series of suicide bombings was carried out using trucks at four locations in the city.

The U.S. condemned the explosion, describing it as an act of violence in a statement issued by the White House press secretary.

“We stand shoulder-to-shoulder with our NATO Ally,” press secretary Karine Jean-Pierre said in the news release.

Videos online show bodies lying on the road. Turkey’s media watchdog imposed a temporary ban on reporting on the explosion — a move that prevents broadcasters from showing videos of the moment of the blast or its aftermath. The Supreme Council of Radio and Television has imposed similar bans in the past, following attacks and accidents.

Material from the Associated Press was included in this report.