Trump’s U.N. Speech To Call For Other Countries To Step Up To World’s Threats 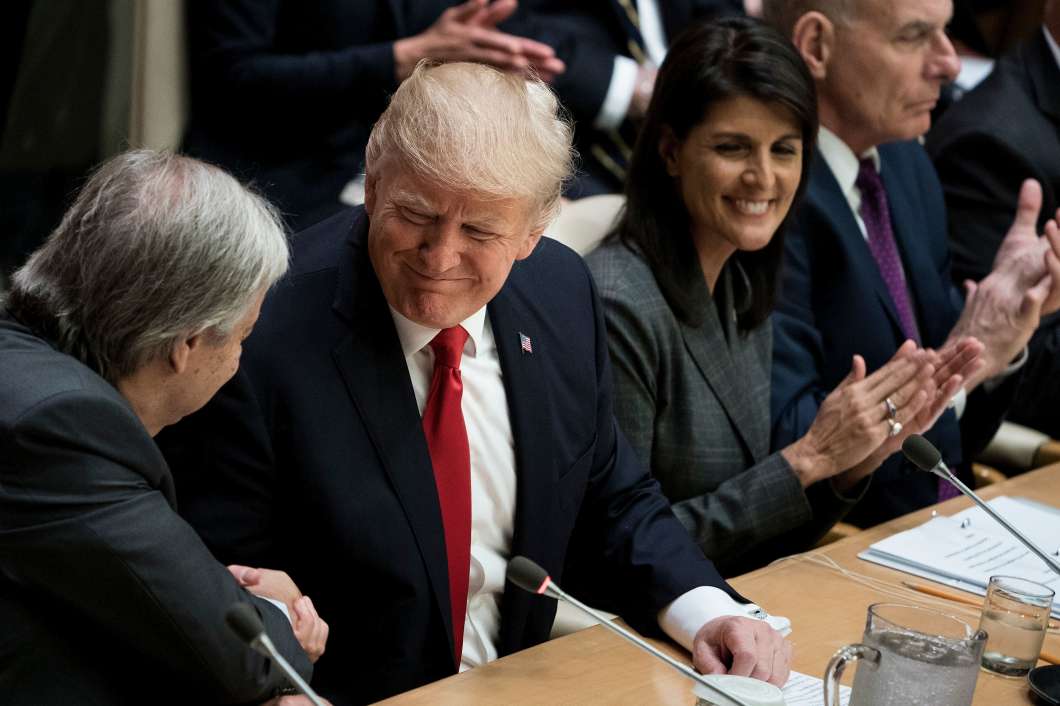 In his first address to the United Nations General Assembly on Tuesday, President Trump will urge other countries to do their part in confronting threats such as North Korea.

“Nations cannot be bystanders to history,” said a White House official who briefed reporters on the speech.

Trump will also argue that his nationalist doctrine of “America First” is not an impediment to international cooperation, but rather a rational basis for countries to work together, without losing sight of their own self-interest.

“The United Nations, as the president will explain, was conceived on the idea of independent nation-states cooperating together,” said the White House official, who spoke on condition of anonymity to avoid stepping on the president’s message. “It’s only a pretty recent development that some in the world have articulated a vision of top-down governance.”

Trump has often chafed at international agreements that he sees as insufficiently favorable to the U.S. One of his first moves in office was to withdraw from a 12-nation Asia-Pacific trade deal. He’s also announced his intent to pull out of the U.N.-sponsored Paris Climate Accord.

The president “has had a deeply developed world view for decades in terms of reshaping [and] establishing fairness in America’s relationships with other countries,” the White House official said.

Before taking office, Trump was dismissive of the U.N., complaining that while it had great potential, “right now it is just a club for people to get together, talk and have a good time.”

“It’s a new day at the U.N.,” Haley told reporters. “It’s not just about talking. It’s about action.”

Twice in recent weeks, the U.N. Security Council has agreed to impose sanctions on North Korea for its ongoing nuclear and missile tests.

Haley said the world body has also squeezed $500 million out of its peacekeeping budget — a major concern for the U.S. which covers more than a quarter of U.N. peacekeeping costs.

“We must ensure that no one and no member state shoulders a disproportionate share of the burden, and that’s militarily or financially,” Trump said Monday at a meeting on U.N. reforms.

He complained that U.N. is often hobbled by bureaucracy and mismanagement, but held out hope for improvement.

“I know that under the secretary general, that’s changing, and it’s changing fast,” Trump said.

The president’s budget proposal would reduce U.S. funding for the U.N., which now covers more than a fifth of the world body’s operating cost.