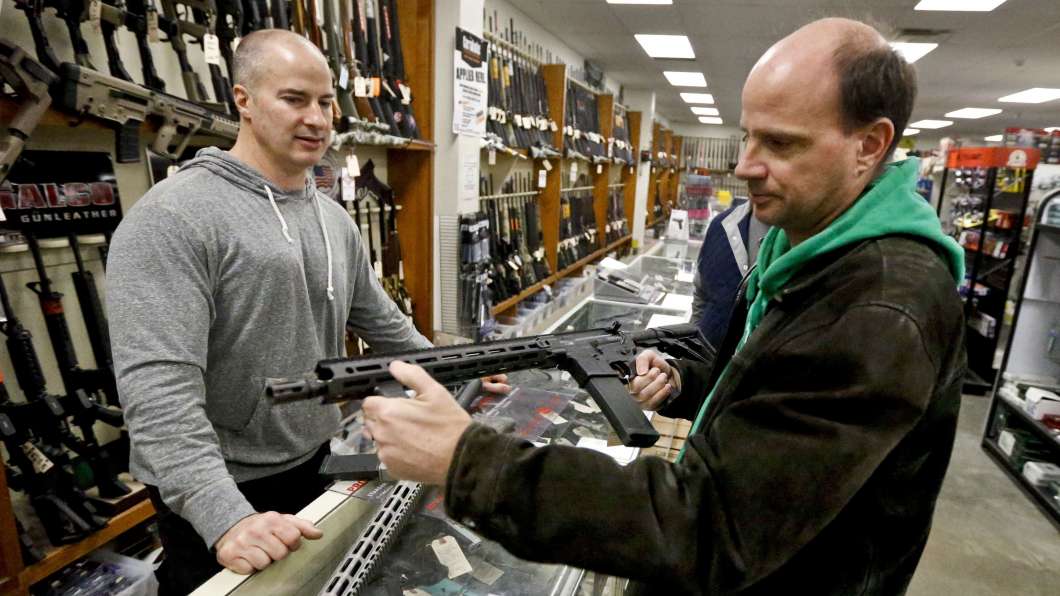 In his first formal policy response to the deadly school shooting in Parkland, Fla., last month, President Trump is setting up a federal commission to explore school safety. He’s also endorsing legislation to improve background checks, and urging states to pass laws temporarily keeping guns out of the hands of people judged to be dangerous to themselves or others.

A policy proposal unveiled Sunday evening has Trump renewing his support for arming teachers and other school employees on a volunteer basis. He stopped short of endorsing a higher age limit for would-be gun buyers.

Last week, Florida’s legislature raised the age limit for buying long guns in that state from 18 to 21. The measure drew an immediate legal challenge from the National Rifle Association.

Education Secretary Betsy DeVos, who will chair the new commission, praised students at the school for making safety a top priority for policymakers.

“There’s been a lot of talk in the past but very little action,” DeVos said in a conference call with reporters. “I have to give credit to the students in their courage and consistent call for action.”

The agenda outlined by the White House falls short of what many of the students have been calling for. And it leaves much of the heavy lifting to states. The president is not planning a speech or other public event to promote his plan.

Trump endorsed a bill sponsored by Sens. John Cornyn, R-Tex., and Chris Murphy, D-Conn., that’s designed to improve the database used to check the backgrounds of would-be gun buyers. But he did not endorse a separate proposal from Sens. Pat Toomey, R-Pa., and Joe Manchin, D-WV, that would extend background checks to gun purchases made online and at gun shows.

The president will encourage states to authorize “risk protection orders,” which allow law enforcement to temporarily seize guns from people whom a court has determined to be dangerous. Such orders currently are allowed in only a handful of states. Florida joined their ranks last week.

Trump’s agenda is generally consistent with policy positions of the NRA, which supports arming teachers and other school staffers, as well as improved background checks. Although the president initially supported a higher age limit for gun purchases, the White House left that out of its recommendation to states. The NRA opposes higher age limits. Administration officials say the president’s commission will explore the idea.

On Saturday, Trump appeared to mock the idea of federal commissions — a trusty standby for politicians who want to give the appearance of action without the risk of actually doing anything.

Although the school safety commission has no timetable to produce recommendations, DeVos insists it’s not simply a stalling tactic.

“There’s no time to waste,” DeVos said. “No student, no family, no teacher, and no school should have to live the horror of Parkland, or Sandy Hook or Columbine again.”