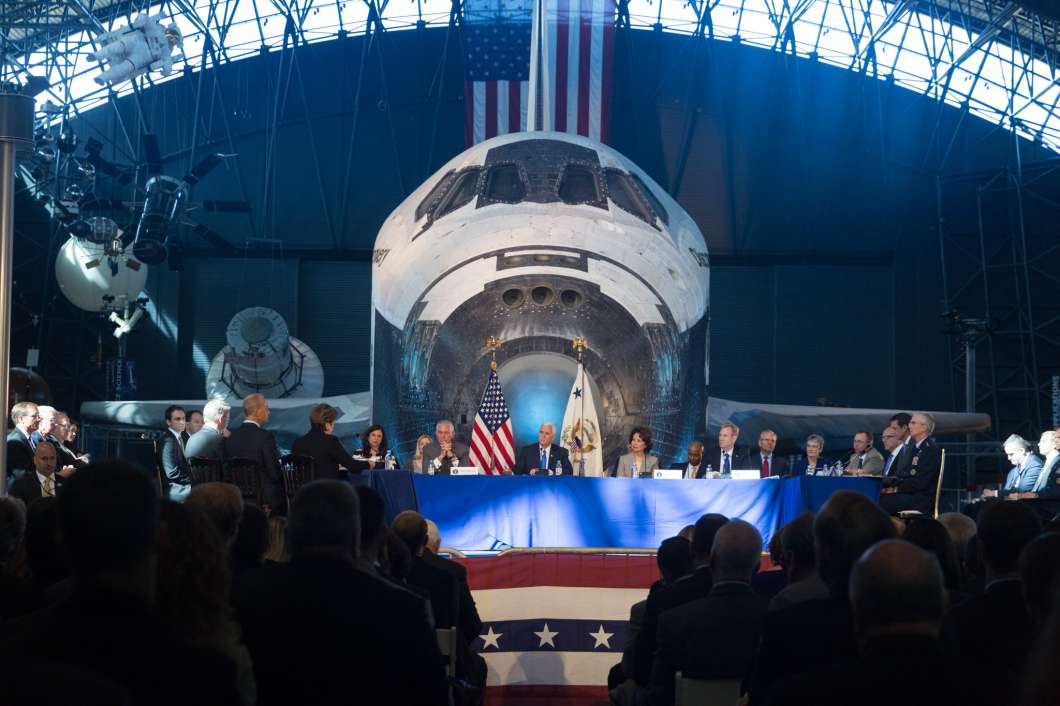 President Trump’s National Space Council met for the first time Thursday where members of both the civil and private space sector weighed in on the direction of the administration’s space policy.

SpaceX President and COO Gwynne Shotwell asked the council to review the code of federal regulations for rocket launches. SpaceX leases two pads in Florida – one at Kennedy Space Center and another at Cape Canaveral. She says SpaceX wants to launch, land and reuse rockets repeatedly, with quick turnaround period, and fears regulations could stall those efforts.

“So if we can look at the code of federal regulations right now and really streamline the licensing process to allow for a much more rapid cadence of launches as we’re starting to see this year, and that will only continue to grow,” she asked the council.

Pence asked the council to review those regulations and submit suggested changes in the next 45 days.

Blue Origin’s CEO Bob Smith offered his support of the administration’s focus to return humans the moon. Earlier this year, Pence told Kennedy Space Center staff the administration supports a return to the moon ahead of a trip to Mars.

“The moon is a key step on the path to long-term exploration of the solar system,” said Smith. “We have proposed the Blue Moon lander concept as a low cost cargo delivery system to enable NASA and commercial activities on the moon.  Blue Moon can be done within the next five years and we are willing to invest alongside NASA to make this happen.”

Smith says a rocket manufacturing facility in Titusville will be completed by the end of the year. Blue Origin leases a launch pad at Cape Canaveral.

A panel discussing civil projects, like NASA missions to the moon and Mars, as well as experts in the military use of space also spoke to the council Thursday.