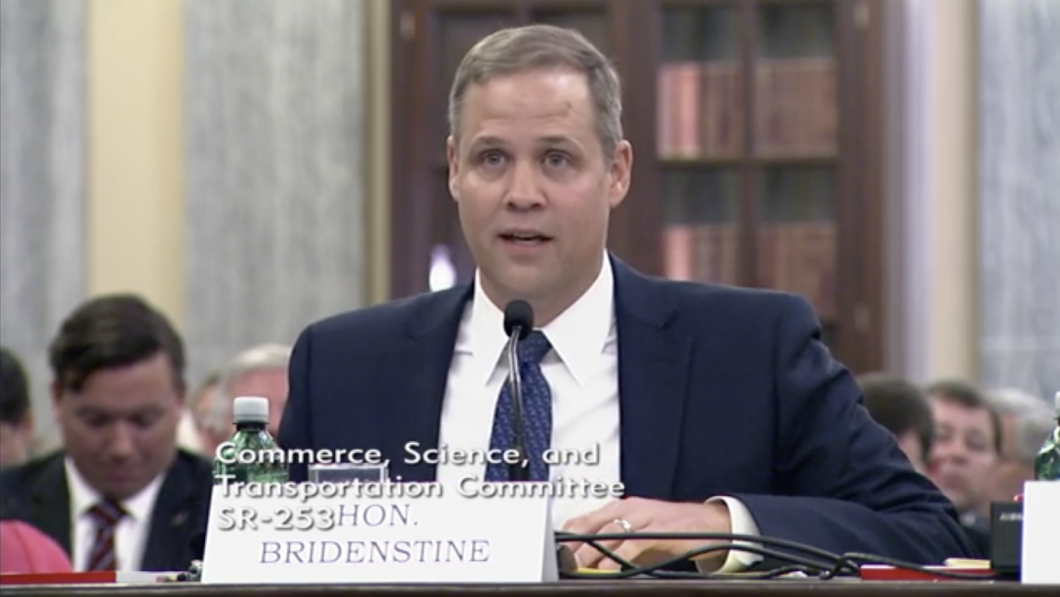 President Trump’s nominee to lead NASA faced questioning from the Senate Commerce, Science and Transportation Committee Wednesday. Representative Jim Bridenstine, a Republican from Oklahoma, faced a flurry of questions from the committee that controls the space agency.

Senator Bill Nelson, the ranking Democrat on the Senate Commerce Committee, called the President’s pick to lead NASA “too divisive” for the job.

“The NASA administrator should be a consummate space professional,” Nelson said in his opening statement. He questioned whether a politician would be best for the post.

“NASA is not political,” Nelson said. “The leader of NASA should not be political. When [NASA] has been partisan in the past, we’ve had disasters.”

Bridenstine pushed back saying he hopes to work with politicians on both sides of the aisle to lead NASA. “That absolutely is my highest ambition. I want to make sure NASA remains as you say apolitical, and I will do that with the utmost of my ability should I be confirmed,” he told Nelson.

Bridenstine has advocated making the NASA administrator a five-year term, overlapping presidential administrations to prevent an agency that is too political.

Bridenstine has received numerous letters of support from people within the space industry including Buzz Aldrin, the second man to walk on the moon.  The committee will vote on Bridenstine’s nomination before sending the decision to the full Senate for confirmation.