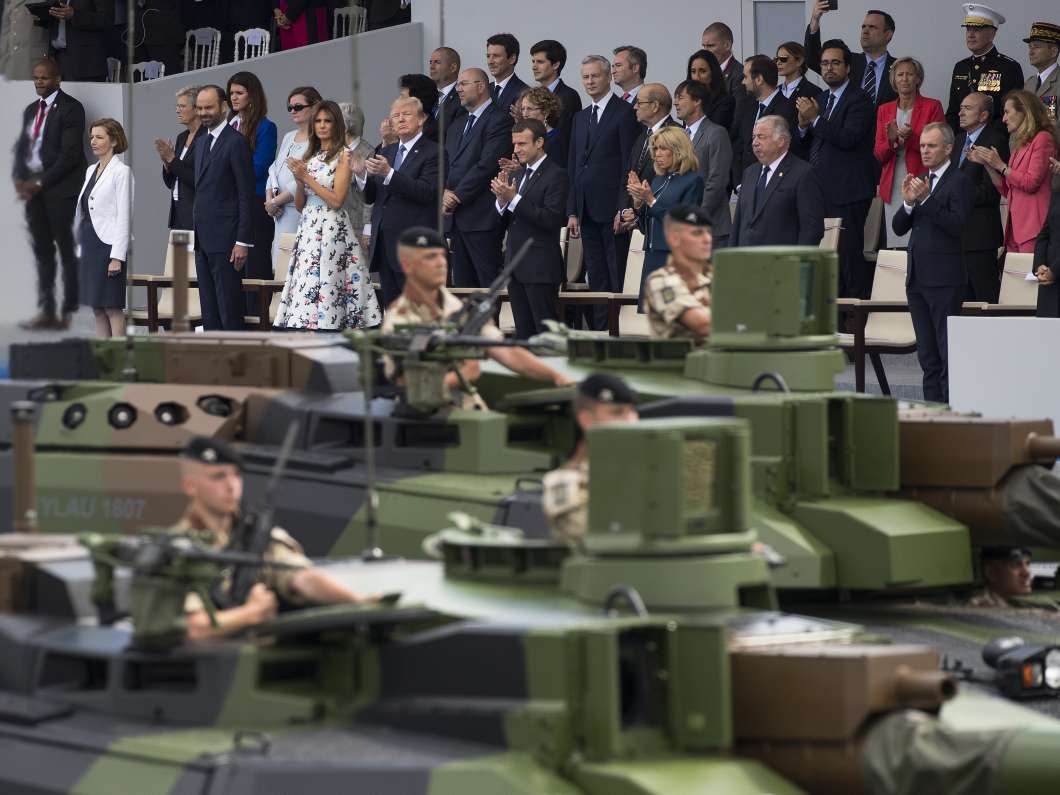 President Trump, apparently inspired by the Bastille Day parade he witnessed last summer during a trip to Paris, has ordered the Pentagon to look into staging something similar — but naturally bigger and better — for Washington, D.C., the White House confirmed Tuesday.

A U.S. official has confirmed the request to NPR. On Tuesday evening, White House press secretary Sarah Huckabee Sanders shared in a statement that “President Trump is incredibly supportive of America’s great service members who risk their lives every day to keep our country safe.” She added, “He has asked the Department of Defense to explore a celebration at which all Americans can show their appreciation.”

U.S. presidents have long shied away from such displays of military prowess — which typically include tanks, missiles and, in some cases, goose-stepping soldiers — for fear of being compared to Washington’s Cold War adversaries, where such displays have traditionally been potent symbols of state power. Those countries include Russia (and, formerly, the Soviet Union), China and North Korea.

While the U.S. puts on various annual July 4 and Veterans Day parades, as The Associated Press notes, those typically do not include such “gaudy displays of military hardware.”

The president’s wish, first expressed months ago, seems recently to have gone from a “seemingly abstract desire” to something closer to a presidential directive at a meeting between Trump and top generals last month, according to The Washington Post.

At the Jan. 18 meeting at the Pentagon that included Defense Secretary Jim Mattis and Joint Chiefs of Staff Chairman Gen. Joseph F. Dunford Jr., “The marching orders were: I want a parade like the one in France,” a military official who spoke on the condition of anonymity was quoted by the Post as saying. “This is being worked at the highest levels of the military.”

On the return trip from Paris aboard Air Force One in July, the president told aides that he was “dazzled by the French display and that he wanted one at home,” the newspaper reports. At the event staged on the postcard-perfect Champs-Elysees, Trump reportedly told French President Emmanuel Macron, “We’re going to have to try to top it.”

Two months after witnessing the French display, Trump told reporters at the United Nations General Assembly in New York that it was “one of the greatest parades I’ve ever seen.”

A date for such a parade has reportedly not been determined, but the Pentagon prefers Veterans Day in November, according to the Post. The location also has yet to be decided, but the newspaper says the president wants it to proceed along Pennsylvania Avenue, a route that would send it past the White House, the Capitol and the Trump International Hotel.