Trump To Tout Law That Helps Prisoners, But Advocates Worry About Details 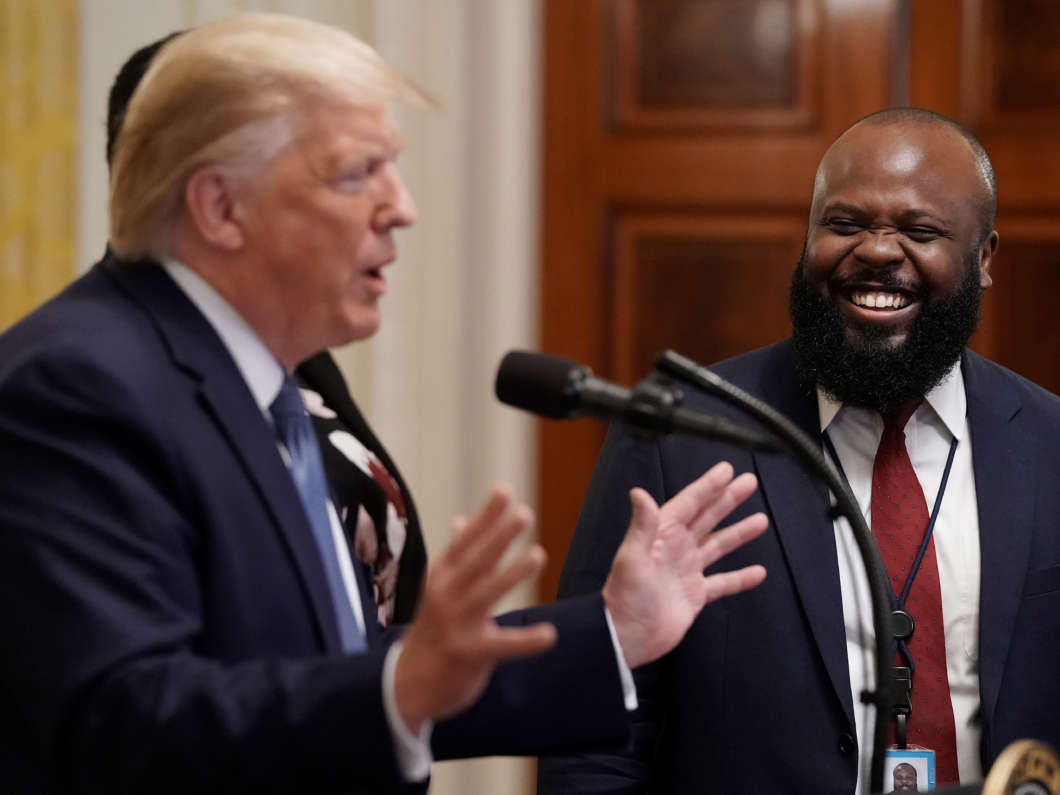 President Trump is traveling to South Carolina on Friday to discuss a policy that has had rare bipartisan support: helping prisoners adjust to life after incarceration.

The First Step Act reduced sentences for some federal drug offenses and provided incentives for prisoners to participate in training programs. But some advocates worry that the way the policy is being rolled out could keep some people from getting the help they need.

Trump’s support for the law 10 months ago helped pave the way for Republicans — some of whom worried about being painted as weak on crime — to back the program overwhelmingly.

Now Trump will deliver remarks at the historically black Benedict College at the Second Step Presidential Justice Forum — an event focused on what comes next now that the First Step Act is the law of the land.

Democrats vying to be their party’s candidate for the 2020 presidential election will also speak at the forum, and are expected to draw distinctions between their proposals to fix parts of the criminal justice system that have disproportionately hurt communities of color. Trump has pointed to the First Step Act as one of his signature accomplishments in his re-election pitch to voters.

“The biggest thing was making sure it was fully funded, which we’ve done,” said Ja’Ron Smith of the White House Office of American Innovation. Smith has worked closely with Jared Kushner, Trump’s son-in-law and adviser, to help shepherd the policy into fruition.

A Senate subcommittee recently voted in favor of appropriating the full $75 million required to pay for the programs. Smith said the funding will help the Justice Department hire more staff and build out new programs for inmates.

More than 4,700 prisoners have already been released under sentencing reductions included in the law.

Despite some earlier road bumps, the Bureau of Prisons is beginning to roll out a tool meant to assess each inmate’s risk of recidivism and determine the type of programs that would be best suited for them.

Some advocates say they are worried the risk assessment tool is too focused on factors that prisoners cannot change — like their arrest record — versus behaviors that could show they are trying to take a new direction in life.

Safavian said the tool should consider a prisoner’s behavior in prison and whether they are pursuing drug rehabilitation or anger management classes.

There is concern that the tool could reinforce biases that have continued to affect the criminal justice system in America. “It’s still going to be looking at your past education level, your past arrest record, all of which could be a proxy for race, and therefore, it may also amplify existing racial disparities,” said Jessica Jackson, co-founder of #cut50, a group focused on reducing the U.S. prison population.

Kathleen Hawk Sawyer, director of the Bureau of Prisons, told lawmakers at a hearing last week that the agency is “fine-tuning” the risk assessment tool in response to concerns.

The White House says the initial version of the tool released in July is just a start and that the administration is working to develop a tool that is fair.

“The goal is to have a system that’s not going to be biased and account for socio-economic status,” Smith said. “That’s what we’re engaging on and that’s what they’re working toward … that’s always been the goal.”