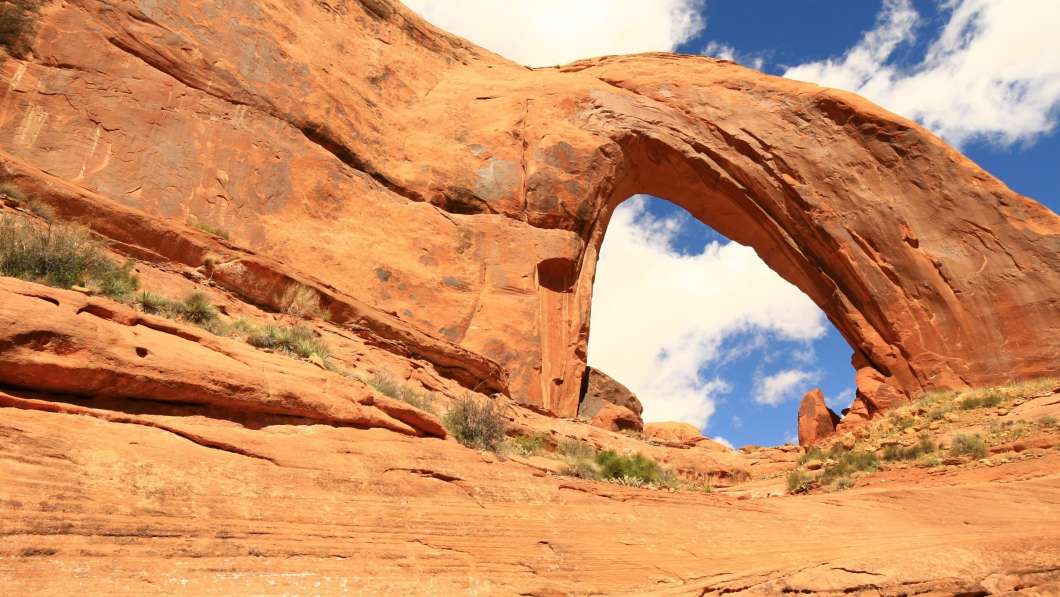 President Trump is expected to announce his administration will dramatically shrink the size of the Bears Ears and Grand Staircase-Escalante national monuments when he travels to Utah on Monday.

The visit caps months of speculation and a controversial review of the boundaries of large national monuments that protect more than 100,000 acres of U.S. public land. The review, conducted by Trump’s Interior Secretary Ryan Zinke, originally looked at more than two dozen national monuments designated by presidential decree since the 1990s.

But Utah, with its new 1.3 million-acre Bears Ears monument and the 1.8 million-acre Grand Staircase National Monument, has always been at the center of the debate, and largely what spurred the review.

On Monday, during a ceremony at the Utah state Capitol, Trump is reportedly expected to announce plans to shrink the boundaries of Bears Ears by up to 85 percent. His predecessor, President Barack Obama, created the monument shortly before leaving office. The Grand Staircase monument, which stems from the Clinton administration, could be cut in half.

Utah’s Republican congressional delegation, along with county commissions and conservative groups, pressed the administration to act.

“President Trump’s decision to reduce these monuments allows us to still protect those areas that need protection, while at the same time keeping the area open and accessible to locals who depend on this land for their daily lives,” said Matt Anderson of the Utah-based Sutherland Institute.

Rural Utah is still fuming from President Clinton’s designation of the Grand Staircase in 1996, which grandfathered in existing cattle grazing leases and other uses, but also nixed a proposed coal mine. Clinton signed the proclamation at the Grand Canyon, in Arizona, and Utah officials at the time said they were blindsided.

“When you designate a large national monument, you restrict access to the land and you block traditional uses of the land,” Anderson said.

In rural San Juan County, home to Bears Ears, more than 60 percent of all the land is owned and managed by the federal government. The county, which is also about 50 percent Native American, is often cited as one of Utah’s poorest.

Depending which side you’re on, Monday’s expected drama is a story about an overreaching federal government that prevented development on large amounts of federal land with little local support, or it’s the latest example of the U.S. government breaking promises with Native Americans.

Many tribal leaders and activists began convening in Salt Lake City over the weekend to protest the president’s looming decision.

At a rally Saturday, Ethel Branch, attorney general of the Navajo Nation, predicted the president wouldn’t even set foot on or see the land in question.

“I want him to visit Bears Ears before he takes any action,” Branch told a cheering crowd at a rally outside the Utah Capitol.

That’s unlikely, with the monument more than a five-hour drive from Salt Lake, and with the president’s tight visit also including a trip to the Church of Jesus Christ of Latter-Day Saints’ Welfare Square.

Bears Ears is considered some of the most culturally significant land in the American Southwest. Its famous red rock canyon country is dense with ancient artifacts, cliff dwellings and sacred burial grounds. Just a couple of years ago, some of the land was proposed for additional federal protections, but a bill backed by Utah’s House Republicans stalled in Congress. Then, last year, the Obama administration held meetings in the region before declaring it a national monument in late December under the 1906 Antiquities Act.

Republicans in Congress have proposed changes to the act — originally intended to protect against the looting of ancient artifacts from public land — to make it harder for presidents to use it as a means to create large national monuments.

As for Trump, the law is gray when it comes to whether a president can actually shrink or abolish a large monument. Legal experts say that’s historically been the role of Congress. Meanwhile, sixteen presidents have used the Antiquities Act to create public lands monuments.

Environmentalists fear the impending decision could set a precedent for future presidents to unravel protections on federal land.

“There’s a lot that might not survive the next couple of years, but our public lands legacy is certainly teetering on the brink here,” said Matthew Koehler of the WildWest Institute.