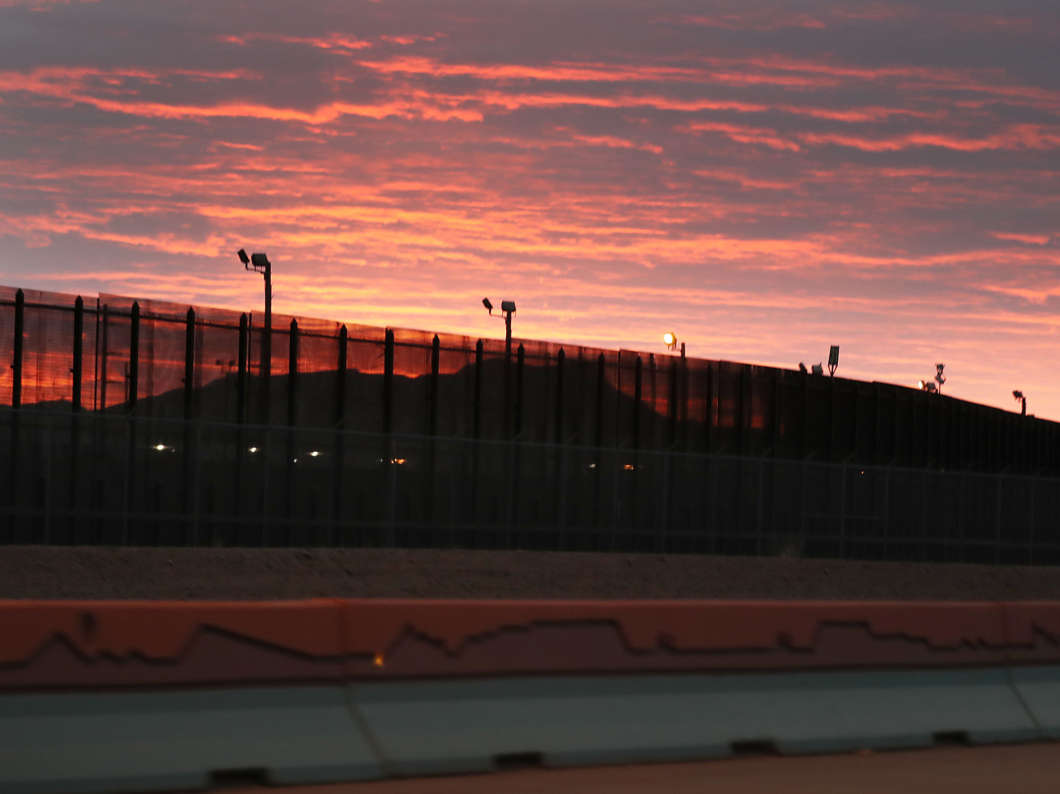 Lawmakers are to vote Thursday on a spending bill that authorizes construction of new fencing on the U.S.-Mexico border but does not finance the kind of wall demanded by President Trump.
Image credit: Joe Raedle

President Trump will support a border security funding compromise reached by a group of bipartisan lawmakers, averting a partial government shutdown early Saturday — but he also will declare a national emergency in order to build the wall he has pushed for along the U.S.-Mexico border.

“President Trump will sign the government funding bill, and as he has stated before, he will also take other executive action — including a national emergency — to ensure we stop the national security and humanitarian crisis at the border,” White House press secretary Sarah Sanders said in a statement. The President is once again delivering on his promise to build the wall, protect the border, and secure our great country.”

Trump had seemed somewhat hesitant to sign the breakthrough deal that congressional negotiators reached in the wake of a previous 35-day shutdown, the longest ever in U.S. history. The proposal only includes $1.375 billion for border barriers and increases other border security funding — far short of the $5.7 billion Trump had demanded to make his signature campaign promise a reality. Many influential conservatives balked at that figure, which is what triggered Trump to back off an earlier similar funding offer in December that led to the partial shutdown.

But now he will go along with the offer — by adding his own controversial terms. For some time, Trump has floated the idea of declaring a national emergency to secure the funding he desires, and it’s an idea that Democrats and many within his own party have cautioned him against, both for the potential precedent it would set and legal challenges it almost certainly will face.

Senate Majority Leader Mitch McConnell, R-Ky., was the first to make the announcement Thursday afternoon that Trump would back the legislative package. McConnell also said he would endorse the president’s plan to declare a national emergency, even though the top Senate Republican seemed to previously warn against such a maneuver.

Congressional leaders had been preparing to vote on the $333 billion bipartisan spending package, which also funds a number of unrelated agencies that have become part of the overall spending fight. The bill also has restrictions on where the fencing can be built, including explicit protections for sites like a butterfly refuge in the Rio Grande Valley.

McConnell and other top Republicans had urged Trump to sign it, with Iowa Sen. Chuck Grassley, the longest-serving Republican in the Senate, even invoking a high power after the daily morning prayer on Thursday,

“Let’s all pray that the president will have wisdom to sign the bill so government doesn’t shut down,” Grassley said before leading the chamber in the Pledge of Allegiance.

Democrats had celebrated the legislation as a victory over Trump’s demand for $5.7 billion to build more than 200 miles of concrete wall along the U.S. border with Mexico. The final agreement includes a fraction of that funding for steel fencing that is similar to existing barriers elsewhere on the border. However, that victory is short-lived with the news of the emergency declaration, which Democrats have already indicated they would challenge in court.

“I don’t believe there’s any good faith negotiations to have with Republicans if they’re going to support the president doing an end run around Congress,” said House Speaker Nancy Pelosi, D-Calif.

“So the precedent that the president is setting here is something that should be met with great unease and dismay by the Republicans, and of course we will respond when we review our options,” Pelosi said, adding that “Republicans should have some dismay about the door that they are opening, the threshold they are crossing.”

California Attorney General Xavier Becerra said earlier this month in his Spanish-language response to the State of the Union that he would sue the Trump administration the moment the president declares a national emergency to free up funds for a border wall. There could also be a way Democrats in Congress could seek to invalidate any emergency declaration.

“This legislation makes a significant down payment on the border wall,” Shelby said in a statement. “I urge my colleagues on both sides of the aisle to support this package so we can demonstrate to the American people that we are here to work together and do our jobs.”

The homeland security funding bill would also reduce the number of immigration detention beds from roughly 49,060 to roughly 40,000 over the course of a year. Detention beds became a major issue in the negotiations after Democrats sought to curb aggressive immigration enforcement in exchange for more overall spending on border security.

House Appropriations Committee Chairwoman Nita Lowey, D-N.Y., pointed to new spending on humanitarian aid at the border and increased border technology as victories in the bill.

“This agreement denies funding for President Trump’s border wall and includes several key measures to make our immigration system more humane,” Lowey said in the statement. “It also rejects the President’s irresponsible budget cuts and instead invests in priorities that will strengthen our families, communities, and economy, like public safety, support for small businesses, environmental protection, transportation, housing and robust American global leadership.”

Negotiators were confident the package could pass in Congress, but Trump has been vague about his support.

Graves said he needed more time to read the package before he could decide whether he supports the policies.

The legislation includes a number of funding changes for programs ranging from border security to energy and environment.

The spending bills include $9.3 billion for the Environmental Protection Agency and the Land and Water Conservation Fund, $17 billion in new infrastructure funding, a $1.8 billion spending increase for the 2020 census and a 1.9 percent pay raise for federal workers.

However, negotiators were unable to agree on a number of priorities they hoped to add on to the spending bill. Talks broke down over a measure to provide back pay for federal contractors who missed paychecks during the last shutdown, according to several aides familiar with the talks.

That failure forced them to abandon all unrelated policies, like funding for disaster aid and an extension of the Violence Against Women Act.

Leaders plan to try to address those issues separately, and grants under the Violence Against Women Act will continue to be funded, according to several leadership aides.