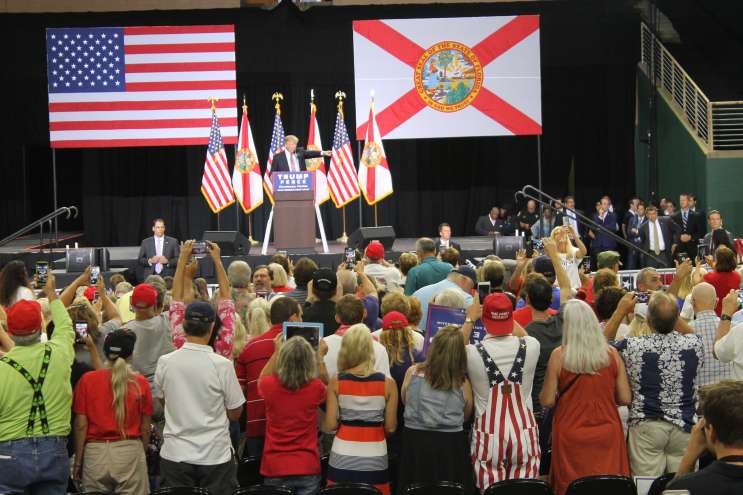 Donald Trump stood by his assertion that President Barack Obama is the “founder of ISIS” during an appearance Thursday evening in Kissimmee.

Trump addressed a rowdy crowd of thousands who joined in the familiar chants, “Lock her up!” and “Build a wall!”

He criticized the president’s withdrawal of troops from Iraq. He said he never supported the invasion but that the withdrawal contributed to ISIS’ growth and influence.

“He is the founder in a true sense. If he would have stayed. I didn’t want to be there. But if he would have kept a relatively small force he probably could have prevented ISIS from forming.”

The Republican presidential nominee also said mass shootings like at the Pulse night club are why the Second Amendment is important.

He talked about Pulse and the December mass shooting in San Bernardino, where he says citizens might have prevented the carnage if they had been armed.

“If we had bullets going in the other direction, No. 1 they probably wouldn’t have even come in if they knew there were guns where the bullets could travel in the opposite direction.”

The event took place 23 miles from where the night club massacre took place.

Trump spoke for under an hour at the Silver Spurs Arena. Among those who introduced him was Florida Attorney General Pam Bondi.