Trump Signs COVID-19 Relief Package After Threatening To Derail It 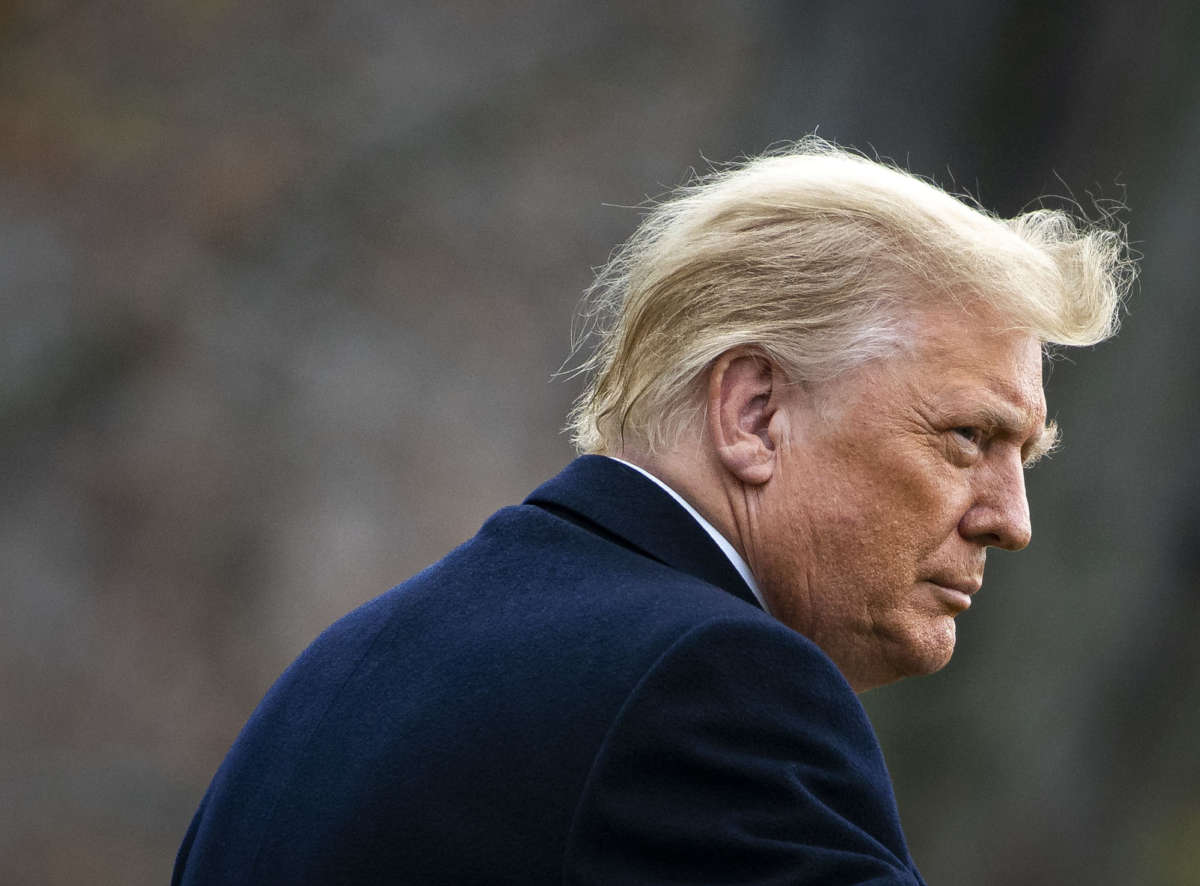 President Trump has signed a coronavirus relief and spending package after threatening to derail the bill by calling for changes after it had passed Congress.

The move puts an end to the uncertainty over when millions of Americans will receive the desperately needed economic relief provided by the massive package. The legislation includes more than $900 billion in aid for individuals and small businesses.

The path to the president signing the first major piece of pandemic relief legislation since the $2 trillion CARES Act in March was a long and circuitous one.

After months of bitter negotiations between Republicans and Democrats, Congress passed the combined coronavirus aid and spending bill on Dec. 21.

The package includes a fresh round of direct payments to qualifying Americans, worth up to $600 per adult and child; a boost in weekly unemployment benefits; and funds for small-business aid and vaccine distribution.

But the new round of direct payments became a catalyst for a Christmas Eve showdown in Congress after Trump blasted the legislation, calling it a “disgrace.”

Among other things, he criticized Congress for not providing more direct payments for Americans, suggesting the number should increase over threefold; to $2,000 per qualifying individual and $4,000 for couples. But it was members of Trump’s own party who had rejected proposals for higher payments during negotiations. Senate Republicans blocked a bipartisan effort to include $1,200 direct payments in the relief deal.

Trump also complained that too much money was being allocated to foreign aid and domestic projects not related to the coronavirus pandemic. The reality is that congressional leaders passed the relief bill in combination with a broader spending bill that funds the government. The president has signed bills including money for these programs in the past couple of years.

In a video released on his Twitter account on Dec. 22, Trump asked Congress to “send me a suitable bill or else the next administration will have to deliver a COVID relief package,” sending a red flag that he might veto the bill.

Democrats were quick to take advantage of Trump’s new demands.

“In the bipartisan negotiations, Leader [Chuck] Schumer and I repeatedly asked Republicans what would be the highest number the President would accept for direct payments, and they responded with Sphinx-like silence,” House Speaker Nancy Pelosi, D-Calif wrote in a letter to her caucus on Dec. 23. “In the negotiations, they would never go above $600 and in some cases, proposed $500.”

Pelosi and House Majority Leader Steny Hoyer pledged to bring the $2,000 direct payments to the floor on Christmas Eve for a vote by unanimous consent.

That measure was swiftly blocked by House Republicans.

In the same session, House Republicans attempted to put forth their own unanimous consent request that would revisit the foreign aid section of the omnibus bill. It was Democrats, this time, that blocked it.

Both chambers are planning to return to Washington, D.C., in the coming days because the president vetoed the annual defense authorization bill — which passed overwhelmingly. The president was publicly opposed to that measure and leaders plan to set up votes to override that veto.