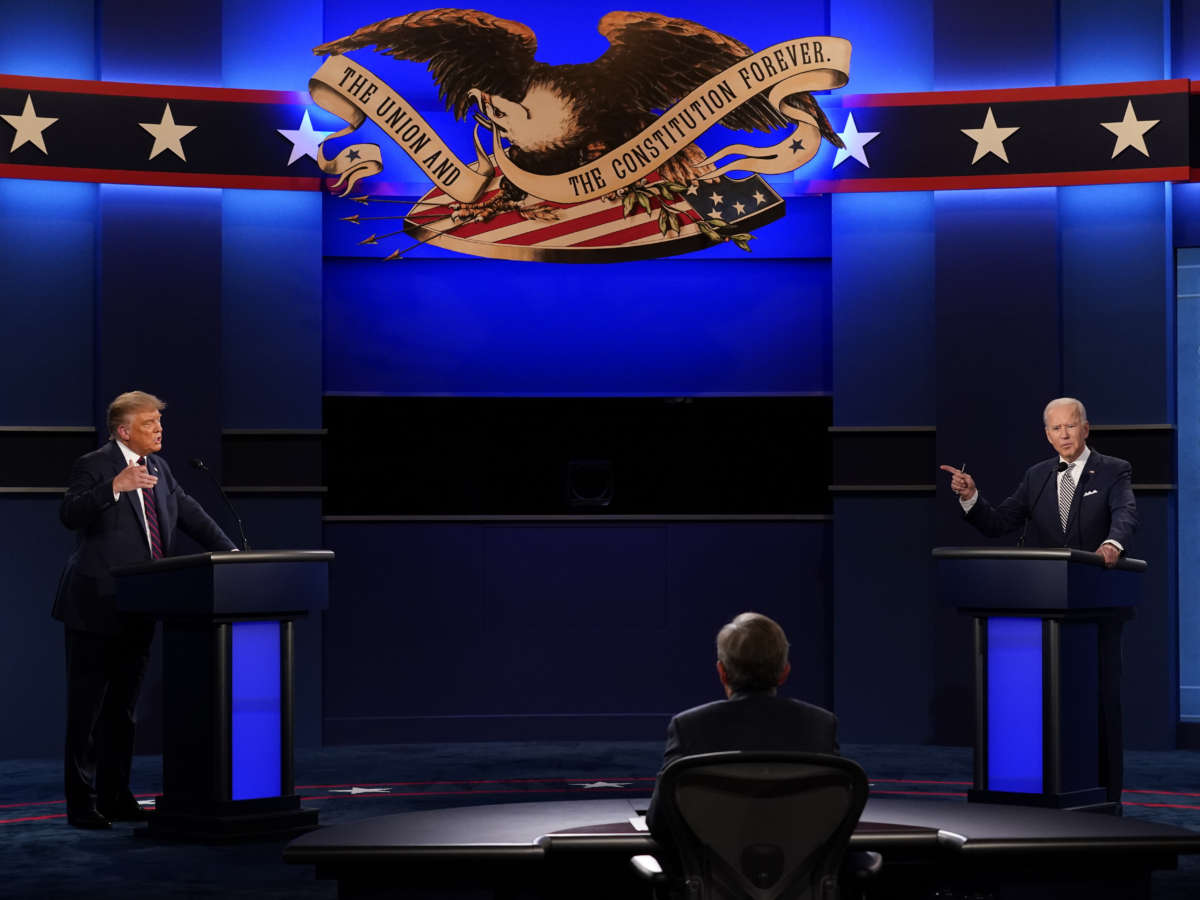 They won't be meeting face to face at the next debate.
Image credit: Patrick Semansky

President Trump said Thursday he’s “not going to do a virtual debate” after the independent commission that runs the debates announced that the second presidential debate, which had been scheduled for Oct. 15 in Miami, will now be virtual.

Trump told Fox Business that the change in the debate style was “not acceptable to us.” “I’m not going to do a virtual debate,” he said, calling the format “a waste of time.”

It was Trump’s first interview since returning from the hospital Monday. Trump said he said he had no advance notice of the change.

Earlier Thursday, the debate commission said the decision to change format was made “to protect the health and safety of all involved.” The candidates and the town hall participants will be in separate, remote locations, the commission said.

The developments come a day after Vice President Mike Pence and Sen. Kamala Harris, D-Calif., Joe Biden’s running mate, met in the sole vice presidential debate. The candidates sat at desks more than 12 feet apart and separated by plexiglass shields. The measures were put in place after Trump and several other White House officials tested positive for the coronavirus — though Pence has not.

But the pandemic, and the more than 200,000 Americans who have died from the virus, are likely to dominate the next few weeks before Election Day, Nov. 3.

Democratic presidential nominee Joe Biden said Tuesday, “We shouldn’t have a debate” next week if Trump is still infected with the coronavirus.

Trump tweeted Tuesday that he was looking forward to the next debate, which is scheduled to take place in Miami on Oct. 15 — 10 days after the president was discharged from Walter Reed National Military Medical Center and returned to the White House to continue treatment for COVID-19.

Trump campaign communications director Tim Murtaugh suggested the format of the second presidential debate could be altered to accommodate safety concerns, saying, “Everyone agrees that an outdoor event would be the safest possible environment.”

Trump’s medical team said Wednesday the president’s vital signs all remain stable and in normal range. Dr. Sean Conley issued the information in a memo. “The president this morning says, ‘I feel great!'” Conley said in the memo. Conley also said Trump has detectable levels of COVID antibodies in his bloodwork that was drawn on Monday. On Thursday night, those antibodies were undetectable, he said.

Conley told reporters Monday, the day of Trump’s discharge from Walter Reed, that while he is cautiously optimistic about the president’s prognosis, medical staff will remain on guard for another week.