How To Drive, Park and Avoid Downtown Orlando’s Trump Campaign Rally Without Losing Your Mind 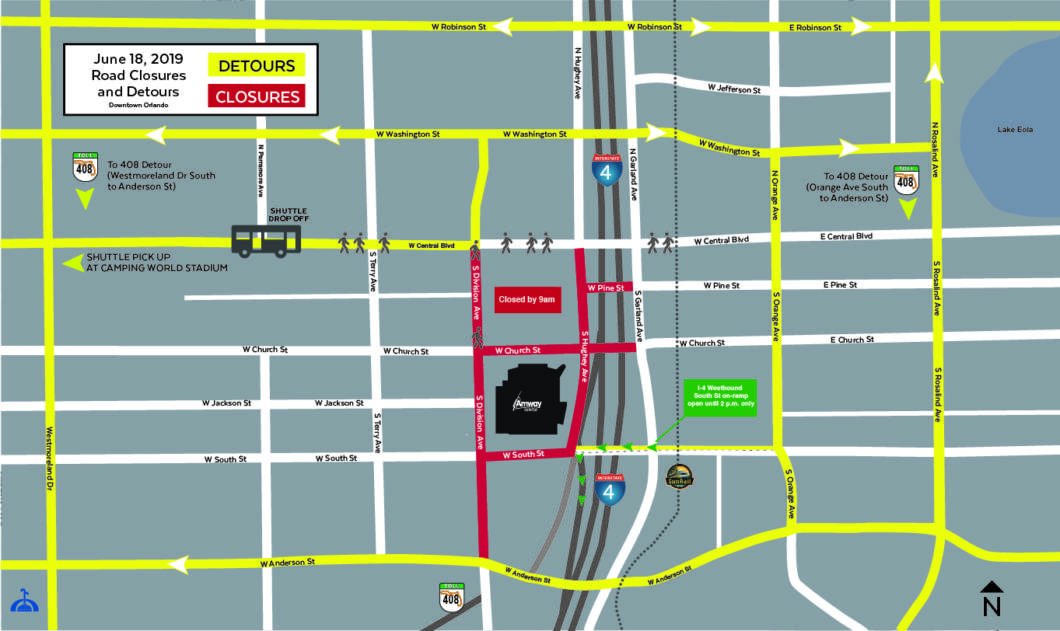 Officials have a simple tip for commuters: Avoid downtown Orlando unless you have reason to be there.

If you are driving to downtown Orlando: All roads immediately around the Amway Center will begin closing at 9 a.m., and the I-4 Westbound exit onto South Street will close at 2 p.m.

“Because we expect higher than normal volumes on all trains, they have added a third coach, so they’re now running three coaches,” Hattaway said. “But to ensure safety, SunRail does have the right to limit on-board storage of bikes and strollers when trains are crowded.”

The road closures aren’t just for cars. Pedestrians can only access the Amway Center along Central Boulevard to Division Street.

As for parking, pedestrians can take shuttles between Camping World Stadium and Amway Center from 7 a.m. to 11 p.m. Check here for a map.

Trump has said more than 74,000 people have requested tickets to his campaign kickoff to a venue with 20,000 seats. Orlando transportation and safety officials are finalizing plans to cope with tens of thousands of people in downtown Orlando.

“And then certainly the thunderstorms, lightning storms we typically expect in the afternoon,” Wales said. “The most important thing you can do at this point is plan ahead, plan ahead for your visit tomorrow. Stay hydrated, bring water, wear sunscreen, wear lightweight clothing.”

An air-conditioned medical tent will be setup at the Amway Center.

Two protests have been permitted, the first starting at 3 p.m. at Lake Eola and another starting at 5 p.m. at Stonewall Bar on Church Street. An appearance by the 20-foot-tall Baby Trump balloon is expected after protest organizers raised nearly $4,000 on GoFundMe.