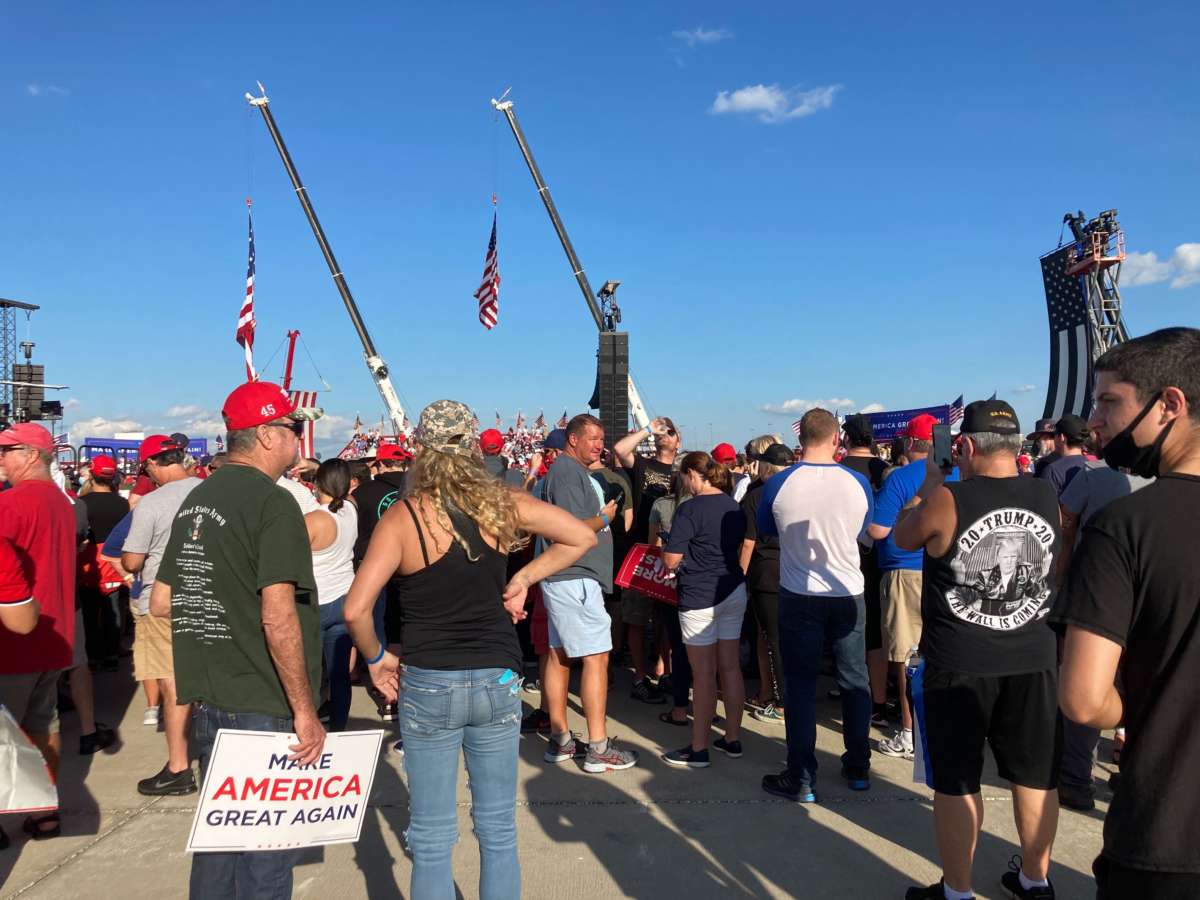 President Donald Trump rallied supporters at Sanford International Airport on Monday. Both he and Gov. Ron DeSantis talked about how getting Amy Coney Barrett confirmed to the US Supreme Court could swing the election in his favor.

Trump said one of the main reasons he was elected was his promise to put a conservative justice on the Supreme Court.

He said he’d done this not once before, but twice.

“You know a lot of people said that I was elected because of the Supreme Court. Because I said I’m going to put great conservative, constitutionalists, great judges on the Supreme Court. I don’t know if it’s true. But if it is true, it’s more true now than it was four years ago and you got to get out and vote.”

Democratic presidential candidate Joe Biden says with the election less than a month away, the person who is elected should nominate the new justice. The Senate hearing for Amy Coney Barrett continues tomorrow.

Supporters who came out by the hundreds to hear the president speak, had law and order, coronavirus and even peace in the Middle East on their mind instead.

Bob Kunst of Miami Beach says he is a gay man who is also Jewish, and Trump has won his vote away from the Democrats.

“As somebody who supports Trump putting the embassy in Jerusalem that was a radical move. It turned everything upside down. And Trump has always been that way because he’s not there as a politician. He’s there as somebody who needs to do what has to be done.”

It was Trump’s first rally since he tested negative for coronavirus. Democratic presidential candidate Joe Biden held an event in Miami last week.

Trump will be back in Florida on Friday for a rally in Ocala.

Breaking: President Trump will be back in Central Florida, Friday. A rally is planned in Ocala. @fox35orlando Details: https://t.co/sIzIYWIITf