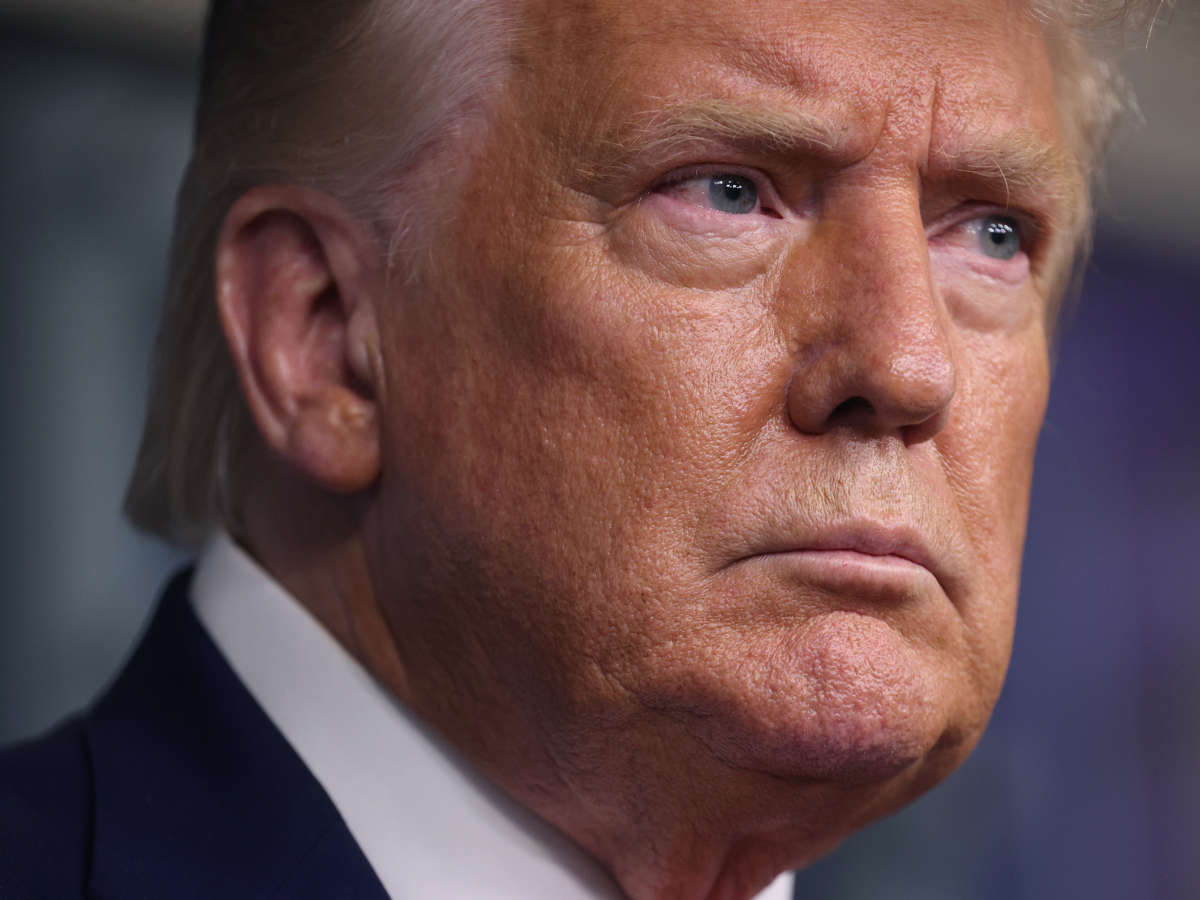 President Trump on Monday declined to condemn the actions of the suspected 17-year-old shooter of three protesters against police brutality in Kenosha, Wis., claiming, without evidence, that it appeared the gunman was acting in self defense.

Kyle Rittenhouse has been charged with six criminal counts, including first-degree intentional homicide, for the shooting last week that left two protesters dead and a third injured. An investigation is ongoing, which the president also acknowledged.

The incident occurred during the third night of unrest following the police shooting of 29-year-old Jacob Blake, who was shot in the back multiple times at point-blank range.

When asked during a Monday press briefing whether he would condemn the Illinois teen’s actions, Trump defended Rittenhouse, suggesting that it appeared to him the shooter was acting in self defense.

“He was trying to get away from them, I guess, it looks like,” Trump said, noting the incident was under investigation. “I guess he was in very big trouble. He probably would have been killed,” Trump said.

Graphic video from the chaotic scene only tell a partial story. The shooter’s alleged actions have split onlookers on party lines, with Republicans painting Rittenhouse as sort of tragic figure — a martyred patriot whose extreme actions were born of Democrat failures to quell violence on their streets.

Democrats meanwhile have taken a dimmer view of the situation, pointing to the president’s increasingly divisive rhetoric, and past endorsements of violence against protesters, as evidence of a clear message to renegade gun owners to feel that they can act with impunity in the name of “law and order.”

Trump, who has made violence in “Democrat cities” a key talking point against 2020 rival Joe Biden, plans to visit Kenosha, Wis., on Tuesday “to see the people that did such a good job for me” during the protests.

When asked whether he was worried that his presence, which comes against the Kenosha mayor’s wishes, might inflame an already heated situation, Trump said: “Well, it could also increase enthusiasm, and it could increase love and respect for our country. And that’s why I’m going.”

The president will not during this trip meet with the family of Jacob Blake, the man whose shooting and subsequent paralyzing sparked the Kenosha uprisings, citing a wariness of attending a meeting that Trump said would include the family’s attorney.

Copyright 2020 NPR. Get live updates on the protests for racial justice here.