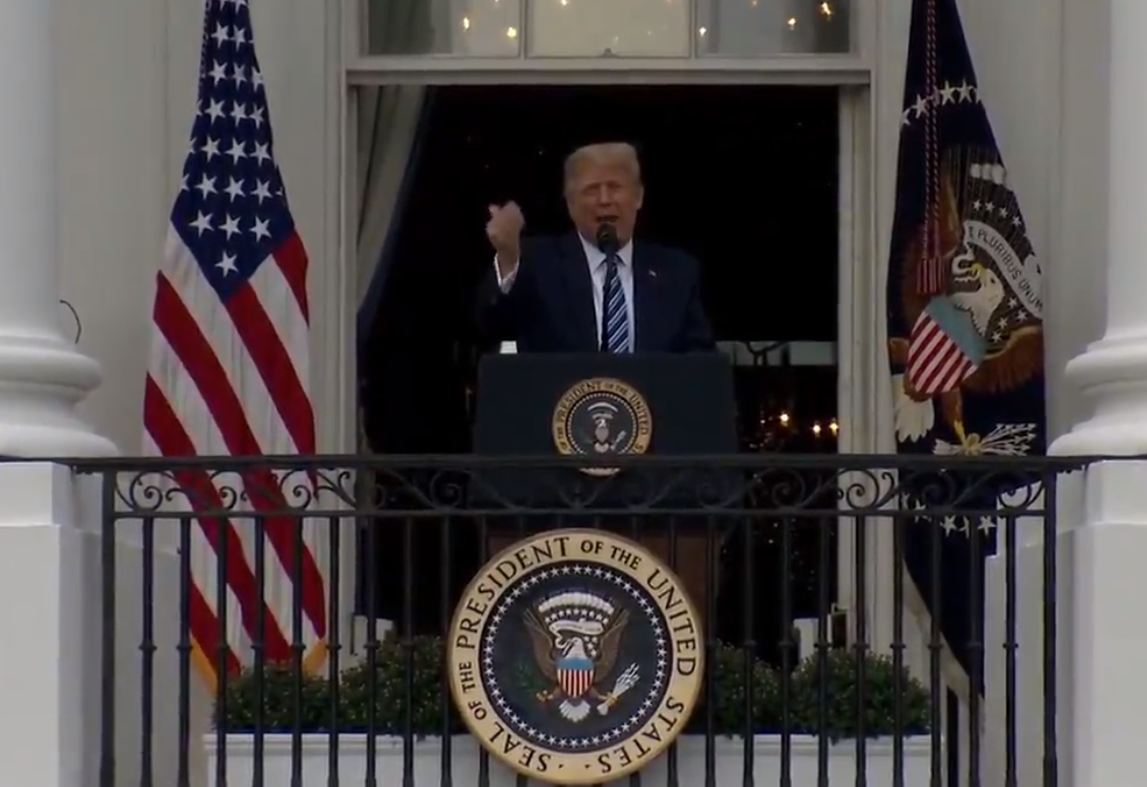 WASHINGTON (AP) — President Donald Trump on Sunday declared he was ready to return to the campaign trail despite unanswered questions about his health on the eve of a Florida rally meant to kick off the stretch run before Election Day.

His impending return comes after the White House doctor said he was no longer at risk of transmitting the coronavirus but did not say explicitly whether Trump had tested negative for it.

The president insisted he was now “immune” from the virus, a claim that was impossible to prove and added to the unknowns about the president’s health.