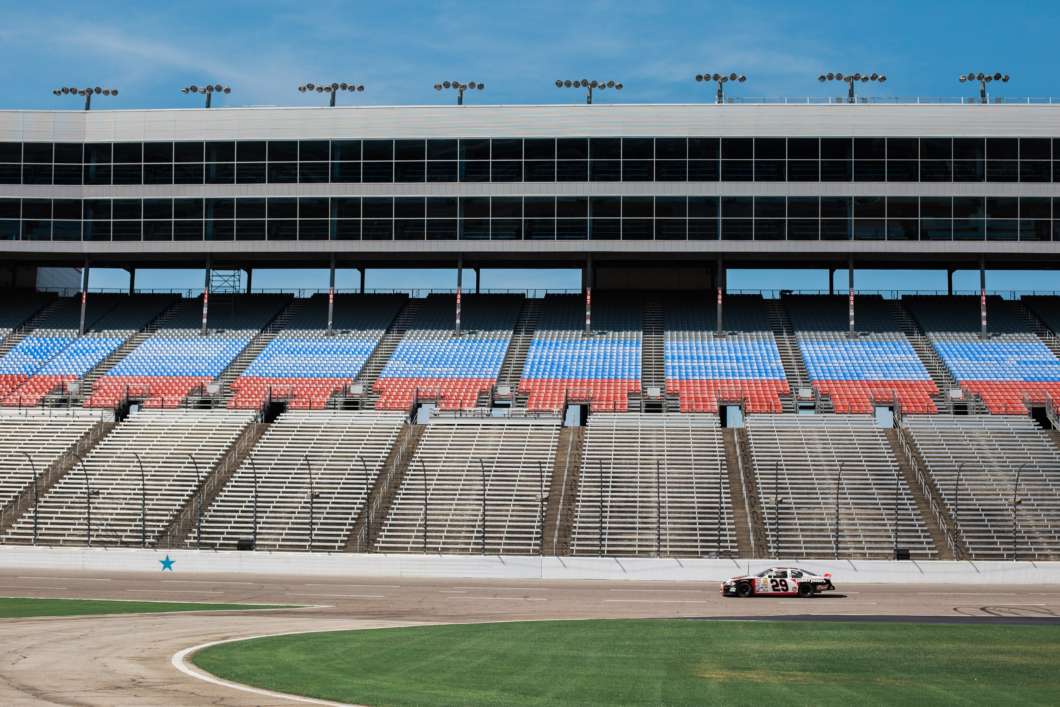 Some Nascar fans swapped out their Daytona 500 gear for Trump 2020 hats and shirts for President Donald Trump’s visit to the Daytona International Speedway today.

President Donald Trump was the Grand Marshal at the Daytona 500 on Sunday.

“It’s quite an honor to be here. Because this is the only race I go to anymore. I used to go to a bunch of them. So him being here at the same time is pretty special.”

Smith says he wants to see another four years as the economy is going strong under Trump.

“He’s making his promises. He says things on Twitter that I don’t necessarily agree with. And how he says it and when he says it but I tell you he’s nothing but honest. And that’s what we need as a president. We don’t need somebody whose politically correct all the time.”

“What we love the most is that he’s pro-Christian and he’s pro-life. And it doesn’t matter what any other candidate believes-if they’re not pro-life we’ll never vote for them. That’s the most important thing to us.”

Moyer says with another four years Trump could continue to pass policies that align with her religious views.

“We’re thrilled for a continuation of pro-religious beliefs. That’s what we’re so thrilled with-to keep this country going in the way of the Lord. And that’s our most exciting thing.”

Nathan Strunk sported a Trump 2020 hat. He says he likes that Trump is shaking up the establishment in Washington.

“Well I think he’s shaking up the good old boys system in Washington. Plus the economy’s doing very very well. I don’t think it could be doing much better.”

“I think he would do a lot more good things. He’s very good for-like I said for the economy-and I think that would be a good plus before we get any Democrats in there.”

Lester Boretsky wore his No. 48 Jimmie Johnson t-shirt and his “Make America Great Again” hat. He says the president will find overwhelming support for his re-election campaign at the Speedway.

“Oh yes it will be. It will be quite a longstanding ovation.”

Boretsky says Trump will get his vote again in 2020 because of his economic and defense policies.

“I like the way he’s making jobs. A lot of my friends and relatives are all working because of him. Whereas they’d be laid off. I like his border policy.”

Trump was the second sitting president to attend the race-after George W. Bush attended in 2004. He took a historic lap on the track in his limousine called “The Beast.”

The #DAYTONA500 has been rescheduled for 4pm tomorrow due to weather. Gates open at 1 p.m. and parking opens at 11 a.m.

For information about the NASCAR Weather Protection Plan, visit https://t.co/Q5eVTUjrlF. Thank you for your patience and we’ll see you tomorrow! pic.twitter.com/VLTzKtrhCl

The race was rained out on Sunday but is re-scheduled for Monday at 4 p.m.