Trump Campaign Manager Will Not Face Battery Charges In Florida 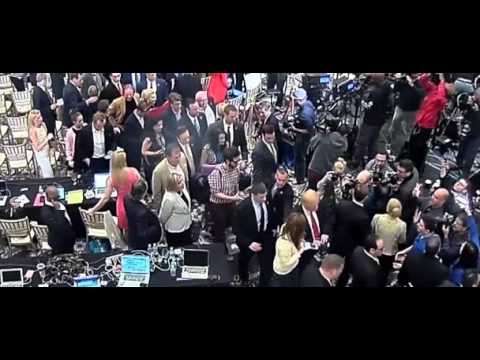 Donald Trump’s campaign manager will not be prosecuted for battery.

Confirming predictions that have been swirling the past few days, the Palm Beach County State Attorney’s office has decided not pursue charges against Corey Lewandowski, Donald Trump’s campaign manager.

After a campaign event last month in Jupiter, a reporter for the Breitbart website named Michelle Fields filed a police report claiming someone yanked her by the arm. Another reporter confirmed it was Lewandowski.

The Trump campaign manager was later charged by police for simple battery, which is a misdemeanor.

Palm Beach County State Attorney Dave Aronberg said the Jupiter police were within their right to press charges, but that’s not enough for the state.

“While the evidence in this case is legally sufficient for the police to have charged Mr. Lewandowski, it is not strong enough to meet the legal burden of a reasonable likelihood of a conviction,” said Aronberg. “It is unethical for us to file cases when we believe there is not a good faith basis to proceed.”

A video of the encounter has been circulated widely online.

Fields resigned her post with Breitbart after the incident. Lewandowski remains with the Trump campaign.