Trump Arrives In Israel For Second Leg Of International Trip 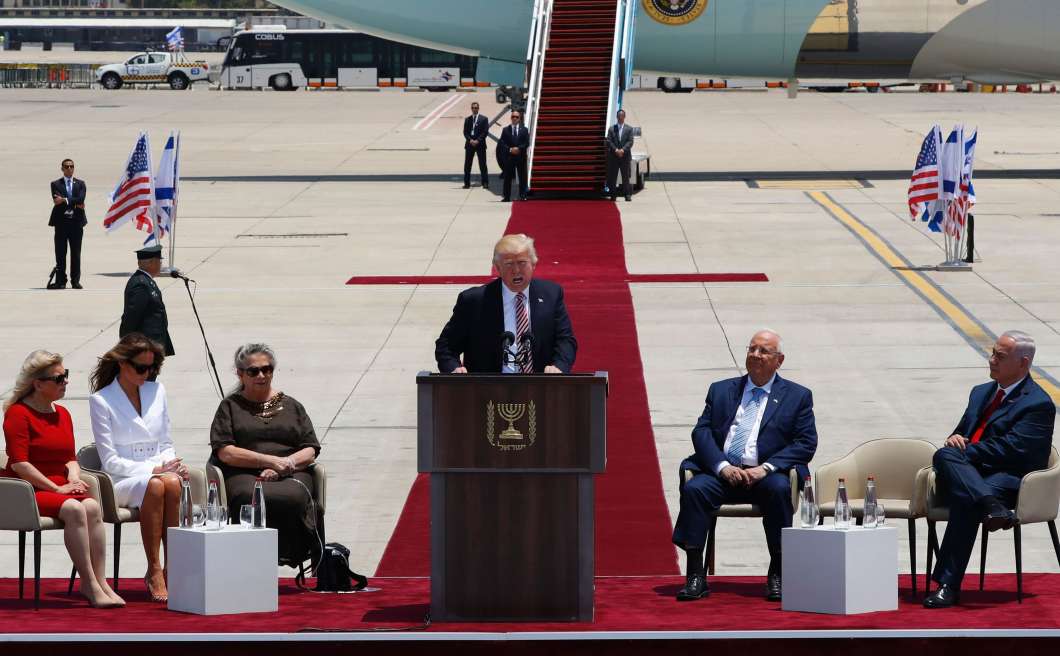 President Trump has landed in Israel for the second leg of his nine-day trip abroad, which started in Saudi Arabia and will end in Italy.

Trump’s flight to Israel was more notable than most Air Force One landings: His trip from Riyadh, Saudi Arabia, to Tel Aviv, Israel, is believed to be the first direct flight between the two countries, which do not have diplomatic relations.

One Israeli Airports Authority spokesman told The Associated Press that he didn’t know of any previous direct flights from Saudi Arabia.

“Mr. President, you just flew from Riyadh to Tel Aviv,” he said. “I hope that some day an Israeli prime minister will be able to fly from Tel Aviv to Riyadh. May your first trip to our region prove to be a historic milestone on the path toward reconciliation and peace.”

Trump gave a brief statement after landing. “We have before us a rare opportunity to bring security and stability and peace to this region and to its people, defeating terrorism and creating a future of harmony, prosperity and peace,” he said. “But we can only get there working together. There is no other way.

The president’s visit will include a visit to the Yad Vashem Holocaust remembrance center, Bethlehem and the Western Wall.

“According to an Israeli official, the Israeli Cabinet has decided to increase the hours at a key border crossing between Jordan and the West Bank and allow Palestinians limited building rights in some areas of the West Bank where Palestinian building is restricted.

“At the same time, Israel is offering a gesture to Jewish settlements in the West Bank. Israel will begin a process of legalizing some Jewish settlement outposts that were built without government permission.”