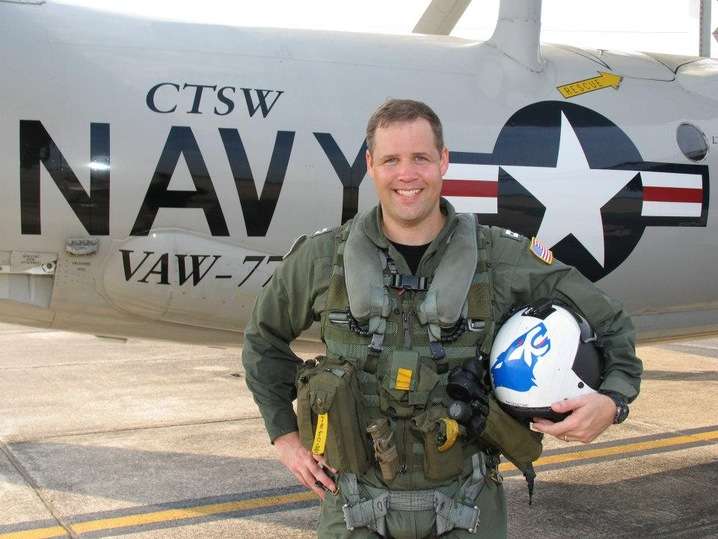 President Donald Trump has announced his pick to lead NASA.

Representative Jim Bridenstine (R-Ok.) heads to the Senate for confirmation to run the agency. Despite his distance from Florida’s space coast, he’s no stranger to space policy – the Congressman sits on the House Science, Space and Technology committee.

“I look forward to working with a new leadership team, and the administration, on NASA’s ongoing mission of exploration and discovery,” said acting NASA Administrator Robert Lightfoot. “Our history is amazing, and our future is even brighter, as we continue to build on this nation’s incredible global leadership in human exploration, science, aeronautics and technology.”

Lightfoot has led the agency since Obama appointee Charlie Bolden stepped down January 20, 2017.

Bridenstine was a pilot in the U.S. Navy Reserve and former executive director of the Tulsa Air and Space Museum and Planetarium. Since his election to Congress back in 2012, he has supported the push for developing partnerships between the public space agency and commercial aerospace companies.

NASA is developing a partnership with private companies SpaceX and Boeing to send astronauts to the International Space Station. Test flights of NASA’s Commercial Crew program are slated for next year.

Phil Larson, a former SpaceX spokesperson and adviser to President Obama, said Bridenstine is a welcome pick in the commercial space sector. “It seems like he wants to push the agency forward, including these commercial partnerships that we started under President Obama. He wants more launches from U.S. soil.”

Space Florida, the state-funded agency that courts private space business, agrees. “He’s been offering the boldest legislation of anybody in congress on the development of commercial space marketplace,” said Dale Ketcham, Chief of Strategic Alliances. “We see him as an exciting opportunity to continue to grow that sector of the space marketplace.”

Bridenstine supports a return to the moon to look for resources that can further exploration of our solar system, an idea that aligns with the Trump administration’s outline for the future of space exploration under NASA.

The pick doesn’t come without controversy. Bridenstine has been criticized in the past for his stance on climate change, but Larson says he hopes Bridenstine’s home district, known for sever weather events, and his constitutes’ concerns have shed some light on the need for space-based weather research.

“He knows first hand the importance of things like climate and Earth science data to extreme weather events and predicting them, as well as agriculture and farming: droughts, tornadoes, things like that. When you look under the hood on that climate background, it’s not as bad as it seems.”

Bridenstine now heads to the Senate for a confirmation, but comments from some lawmakers could signal a rocky hearing. Florida Senators Marco Rubio and Bill Nelson warn that having a politician in the post could politicize NASA.

“The head of NASA ought to be a space professional, not a politician,” Nelson told POLITICO.

Rubio shares the same concerns. “It’s the one federal mission which has largely been free of politics and it’s at a critical juncture in its history,” Rubio said to POLITICO. “I would hate to see an administrator held up — on [grounds of] partisanship, political arguments, past votes, or statements made in the past — because the agency can’t afford it and it can’t afford the controversy.”

Space Florida’s Dale Ketcham understands those concerns and hopes a confirmation can help cement Bridenstine’s non-partisan vision for NASA. “I don’t think either one of them knows him well, and hopefully as they get to know him during the nomination process those fears can be assuaged.”