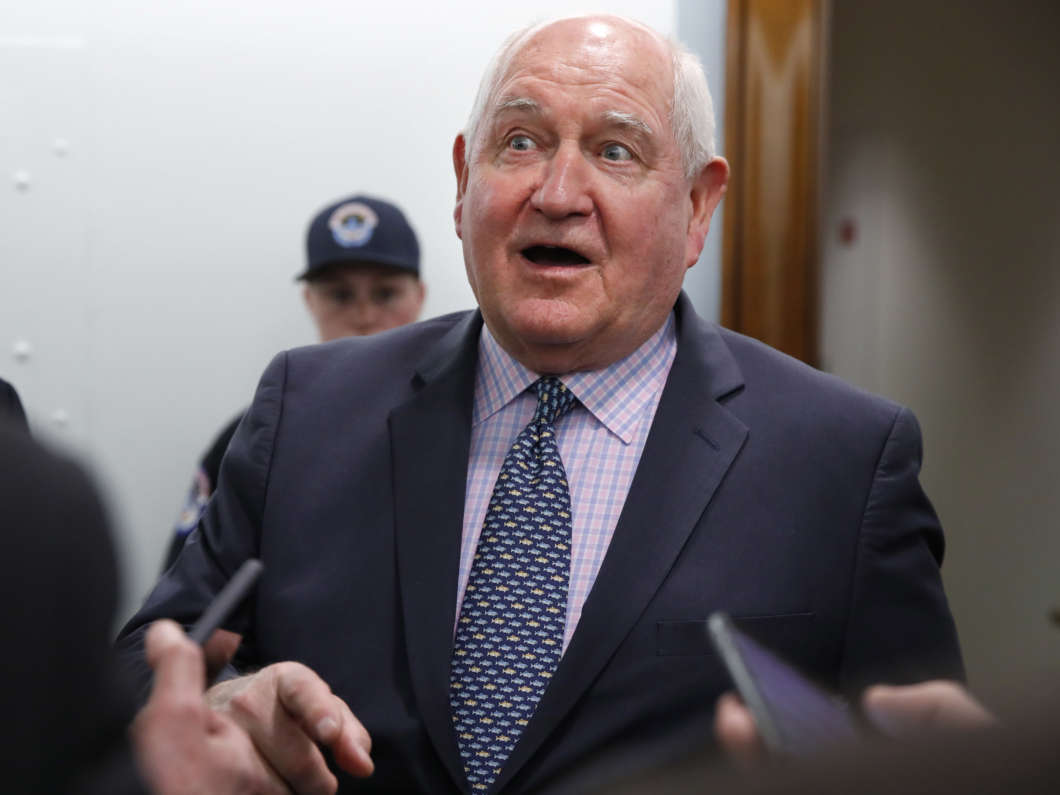 The Trump administration is coming to the aid of farmers hurt by its own hard-line trade policies, announcing Tuesday that it will make an estimated $12 billion in government assistance available, including direct payments to growers.

The money comes after farmers, especially soybean growers, have felt the brunt of retaliatory tariffs placed on agriculture by China and other nations that the Trump administration has penalized with tariffs on imports.

Agriculture Secretary Sonny Perdue announced the aid in a call to reporters, saying the programs “are a firm statement that other nations cannot bully our agricultural producers to force the United States to cave in.”

China, the European Union, Canada and Mexico have all been hit by U.S. levies on imports including steel and aluminum and have retaliated by placing their own tariffs on U.S. agricultural exports, thus targeting farm states that are politically important to the president.

During a speech to the Veterans of Foreign Wars in Kansas City, Mo., President Trump said his tariffs are working and bringing nations to the bargaining table. Trump said farmers “will be the biggest beneficiary,” and he urged them to “just be a little patient.”

Perdue and other USDA officials say the aid will be available in three forms; direct payment to producers of soybeans, sorghum, wheat, cotton, dairy and hogs; government purchases of fruit, nuts, legumes, and some meats for distribution to food banks; and development of new export markets.

Officials say they will be using a Depression-era program, the Commodity Credit Corporation, to secure money from the U.S. Treasury and will not need to ask Congress for the funds.

Farm state lawmakers and other groups quickly criticized what they called a bailout. Sen. Ben Sasse, R-Neb., said the administration’s trade war “is cutting the legs out from under farmers and White House’s ‘plan’ is to spend $12 billion on gold crutches.”

He added, “This administration’s tariffs and bailouts aren’t going to make America great again, they’re just going to make it 1929 again.” (The Great Depression began in the U.S. that year.)

Taxpayers for Common Sense called the announcement “a recipe for disaster that would undo decades of progress toward weaning agriculture from financial dependence on federal subsidies.”