Trump Administration Moves To Reshape Who Qualifies For Asylum 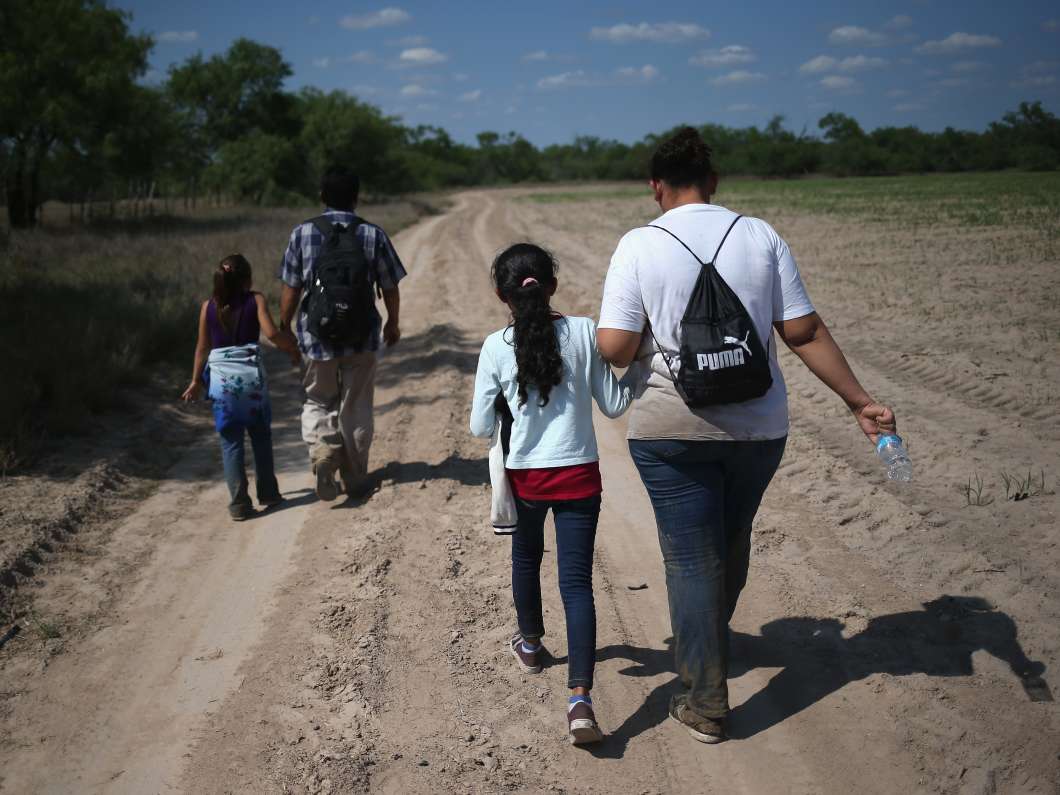 Many women and children arriving from Central America are claiming they're eligible for asylum because they've been the victims of gangs or domestic violence in their home countries. The claims are creating a large backlog and some critics, like former immigration judge Andrew Arthur, say seeking asylum has become a "sort of catchall for truly inventive lawyers."
Image credit: John Moore

The Trump administration is taking steps to limit who gets asylum in the United States, and immigration lawyers are warning that thousands of people who fled violence and persecution in their home countries could be turned away.

Attorney General Jeff Sessions is using his authority to reshape the law on who qualifies for asylum, and whether they get a hearing in court. Sessions has intervened in two cases that could have big implications for people who come to the U.S. and seek asylum.

This comes as the number of applications for asylum has risen sharply in recent years. Sessions has been trying to eliminate what he’s called “rampant fraud and abuse” in those applications, and to cut into a massive backlog of immigration cases.

But immigrant rights advocates fear that legitimate asylum-seekers, including victims of domestic violence, could be denied sanctuary here.

“They are amongst the most vulnerable people in our society,” said Jeremy McKinney, an immigration lawyer in North Carolina, and secretary of the American Immigration Lawyers Association. “To have their rights curtailed so that the system moves faster I think should be considered a moral outrage,” he said.

To Attorney General Sessions, the outrage is that immigrants are gumming up the courts with false claims.

“The system is being gamed, there’s no doubt about it,” Sessions said in October of last year, in a speech to the Executive Office for Immigration Review in Virginia. Back then, he was asking Congress to tighten asylum rules. Last week, he acted on this own.

In one case, the attorney general vacated a precedent-setting ruling that said most asylum seekers have a right to a hearing in front of a judge before their claim could be rejected. In a second case, Sessions is reviewing whether victims of “private crime” should qualify for asylum.

These moves come as no surprise to anyone who’s followed Sessions’s positions on immigration and asylum.

“We can close loopholes and clarify our asylum laws to ensure that they help those they were intended to help,” Sessions said in his October speech. “As this system becomes overloaded with fake claims, it cannot deal effectively with just claims.”

One factor driving that growing backlog is constant stream of women and children from Central America. Many of these migrants claim they’re eligible for asylum because they’ve been the victims of gangs, or domestic violence, in their home countries.

But some, like former immigration judge Andrew Arthur, are skeptical about this kind of claim.

“It’s actually become sort of a catchall for truly inventive lawyers,” said Arthur, who is now a fellow at the Center for Immigration studies, which advocates for lower levels of immigration.

Immigration courts work differently than regular courts. They’re part of the Justice Department, so the attorney general has the power to personally overturn decisions by immigration courts.

Arthur, the former immigration judge, applauds the recent moves by Sessions. “One, it is going to streamline the system,” Arthur said. “Two, it’s going to cut down on the number of claims that are inevitably going to be found to be invalid.”

Immigration lawyers don’t dispute that the number of asylum applications has spiked. But they offer a different explanation.

“The crisis we’re managing is not one of fraud,” said Lenni Benson, a professor at New York Law School, “but one of the global situation.” She pointed to a rise in gang-related violence in Central America that’s pushing migrants north in search of safety.

Not every crime makes the victim eligible to claim asylum. The victim must have a well-founded fear of persecution based on certain factors like race or religion, or membership in a “particular social group.” They must also come from a place where the government won’t help them. The law around this has been fiercely litigated, says McKinney, the immigration lawyer.

“The fear is that this Justice Department will undo all of those gains that were made through decades of litigation,” he said.

McKinney and other lawyers are worried that Sessions is ultimately going to overturn a landmark asylum case from 2014 that made it easier for domestic violence survivors to get asylum.

People like Aracely Martinez, who fled to the U.S. from Honduras and got asylum with help from the Tahirih Center for Justice, a nonprofit that supports immigrant women fleeing from violence.

“My ex’s family wanted to kill me,” she said through a translator. Martinez was pregnant when the father of two of her children killed their kids and shot her in the head before killing himself.

She moved to another part of Honduras. But his family found her and threatened to kill her.

“I’d like to see women getting help the way I was helped,” Martinez said. “I finally feel safe in this country.”