Truckers Against Trafficking: Spotting The Signs On The Road 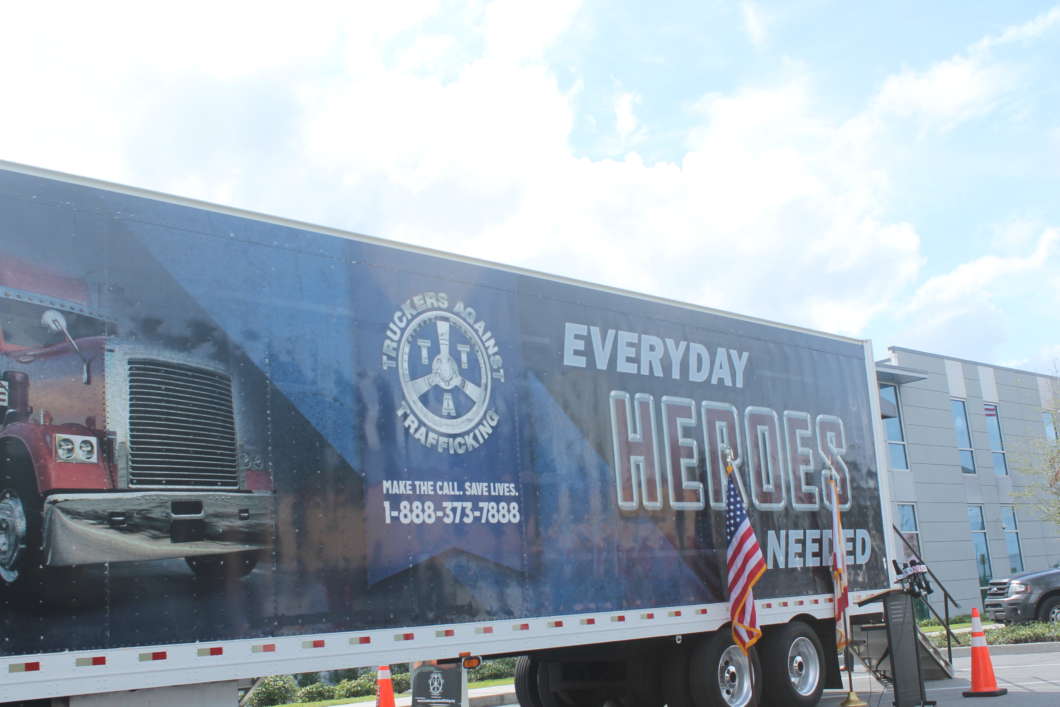 Truckers For Trafficking Bus parked at the Orlando Police Department. by: Talia Blake

Attorney General Ashley Moody is teaming up with truck drivers across the state in an effort to fight human trafficking.

Moody said Florida has the third highest number of reports to the National Human Trafficking Hotline. Many victims are transported via highways and travel through truck stops, gas stations and rest areas.

Truck drivers in Central Florida are in a unique position to spot potential victims, and Moody said that’s one reason the state is partnering with the Florida Trucking Association.

“The Coalition Build. It is a half day training that will bring together truck drivers, leaders in the industry, and members of law enforcement to learn how to spot and report when they see signs of human trafficking,” said Moody.

She said some signs to look out for if you think someone is being trafficked is reluctance to speak without approval or one person’s control over the other.

Orange County Sheriff John Mina said that even though there has not been a high number of calls or reports in this area, truck drivers in Central Florida are in a unique position to spot potential victims.

“ When you think about our truckers on I-4, the Turnpike, and the 528. They’re frequenting all those places. Truck stops, gas stations, hotels, motels where many of our victims of human trafficking frequent as well,” Mina said.

Mina said truck drivers often pass through different police jurisdictions and calling the National Human Trafficking Hotline can be the best and easiest way to report a crime.

Moody said if your know someone who may be a victim or someone who is committing the offense of human trafficking to call the National Human Trafficking Hotline at 1-888-373-7888.