Tropics Quieting Down but it Likely Won’t Last 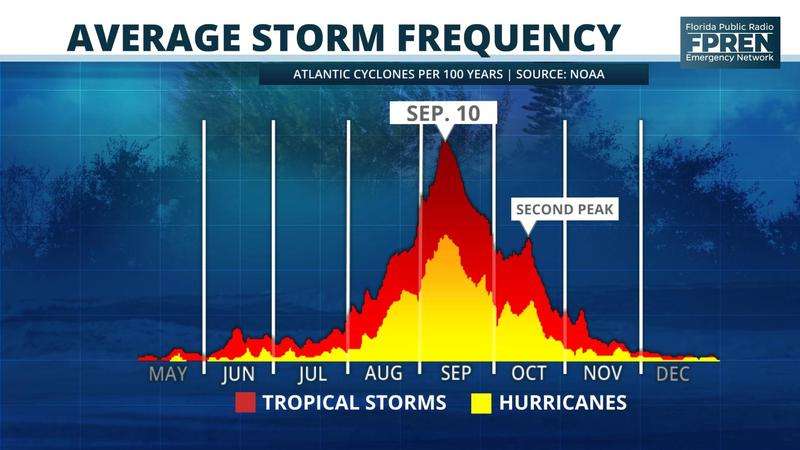 Tropical activity has been excessively active throughout August and September, but now a much- needed lull is expected for at least the next couple of weeks in the Atlantic as the final active month of hurricane season approaches.

A strong convectively-suppressed Kelvin wave, which causes sinking air and less thunderstorm genesis, is expected to pass through the tropical Atlantic over the next 10 to 14 days. This is expected to inhibit tropical cyclone development over the open Atlantic as the month of October approaches.

Carl Schreck III of the North Carolina Institute for Climate Studies and North Carolina State University studies the effects of Kelvin waves and how they influence the development of tropical cyclones. Atmospheric Kelvin waves are tropical rainfall systems accompanied by distinctive westerly and easterly wind patterns. The waves move eastward around the planet sometimes lasting for week and can circumnavigate the tropics over the course of a month.

The National Weather Service Prediction Center notes that this brief quiet period may only last for the remainder of September before environmental conditions become favorable again for cyclogenesis, particularly in the Caribbean and the far eastern Atlantic.

Looking quiet for tropical cyclone chances in the Atlantic over the next week, but two areas are worth monitoring for development during late September and early October. One or more systems could also form over the East Pacific during Week-2. https://t.co/g3L6WzRkZq pic.twitter.com/ZEEYWKhuEn

During the month of October as temperatures cool in preparation for Fall and Winter, tropical activity begins to favor parts of the Caribbean and southern regions of the Gulf of Mexico, where warm sea surface temperatures and minimal vertical wind shear remain.

However, these favorable areas are much closer to land which may give coastal residents less time to be informed about an approaching tropical system and minimal time to prepare. Mid-October statistically produces a second spike in tropical cyclone activity before the season as whole begins to decline. Notable storms which formed in the month of October include: Hurricane Wilma (2005), the strongest tropical cyclone worldwide as measured by barometric pressure outside of the West Pacific; Hurricane Sandy (2012), one of the largest cyclones and the fifth costliest on record; Hurricane Michael (2018), coming ashore as a Category 5 and the tenth costliest hurricane on record; and Hurricane Opal (1995), the strongest Category 4 hurricane recorded and the third most severe landfalling cyclone in the United States based on size and intensity.

Hurricane Season concludes November 30th giving ample time for another spike in tropical activity. Once this Kelvin wave passes activity could ramp up again by mid to late October.

The Atlantic Hurricane Season has already brought a total of 20 records for earliest named storms and it may break another record for most landfalls in the United States. A total of nine cyclones have impacted the States this season, tying the 1916 season.