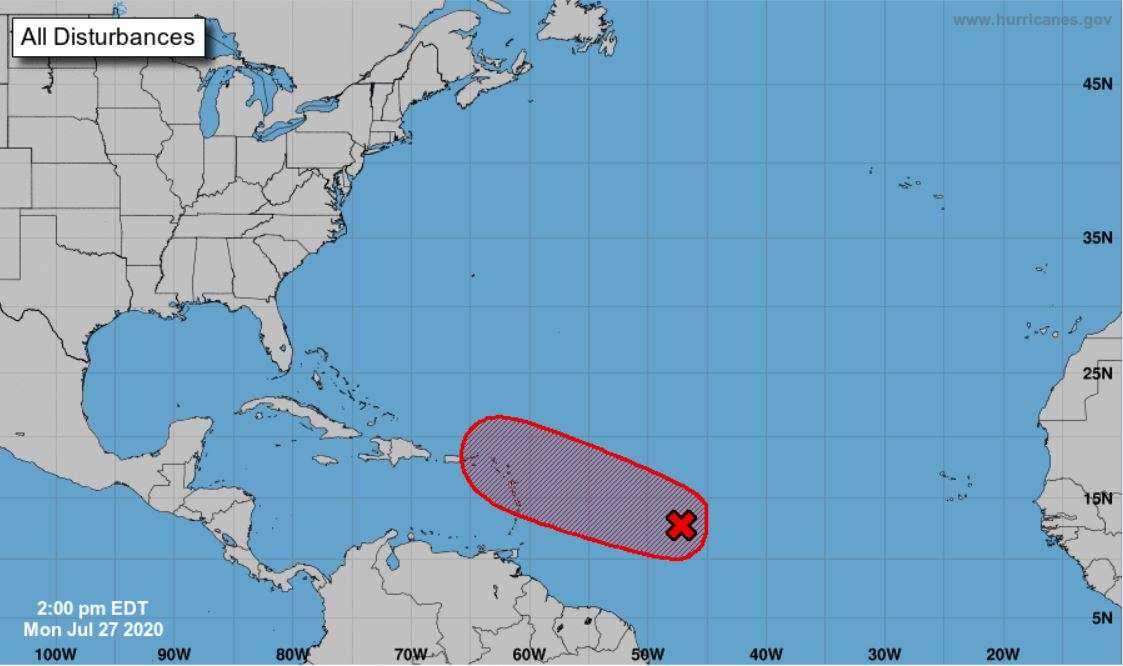 A new tropical wave in the Central Atlantic has the potential to become the season’s ninth named storm in the next day or two, and Meteorologist Dr. Athena Masson explains why this is one we will be watching closely.

“Not much has changed today with the tropical wave, but environmental conditions are favorable for intensification by Wednesday when it nears the Leeward Islands,” said Masson.

“Thereafter, the typical forecast challenges remain with a system this far away. We just don’t know yet if it will track into the Caribbean, toward the Southeast, or turn away.”

Athena said it likely won’t be until the storm forms a center of circulation that forecast data becomes more reliable. Until then, she urged everyone to stay informed to future updates from the Florida Public Radio Emergency Network.