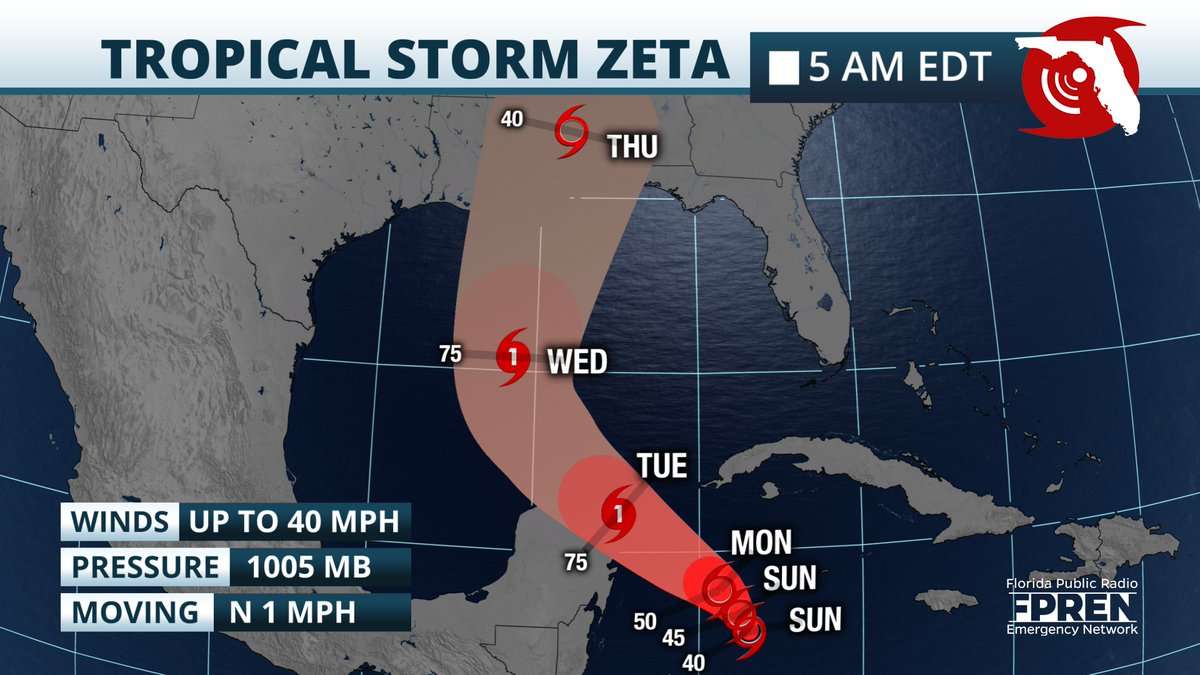 MIAMI (AP) — The National Hurricane Center reports that Tropical Storm Zeta has formed off the coast of Cuba near the Yucatan Peninsula.

According to a Colorado State University hurricane researcher it is the earliest named 27th Atlantic storm recorded.

Forecasters say the storm is centered about 305 miles south-southeast of the western tip of Cuba on Sunday morning. It is forecast to pass south of western Cuba on Monday, then move into the Gulf of Mexico.

Zeta is expected to intensify into a hurricane by Tuesday. The system has maximum sustained winds of 40 mph and is nearly stationary, but expected to reorganize and move to the north-northwest later Sunday.