Update: Michael Strengthens Into A Hurricane. 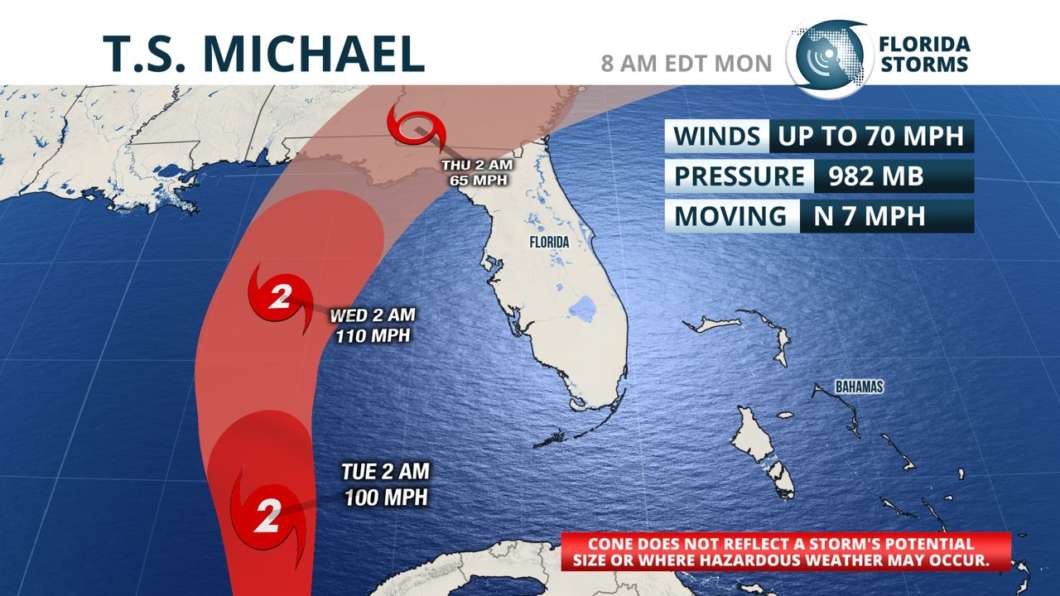 The National Hurricane Center says Hurricane Michael could become a major hurricane before it makes landfall in the panhandle Wednesday.

A Hurricane Watch has been issued from the Alabama-Florida border to the Suwannee River, and Tropical Storm and Storm Surge Watch extends as far south as Tampa.

Meteorologist Jeff Huffman explained why nearly all Floridians need to watch this storm closely: “This is going to be a large storm, and much of the state will be on it’s eastern side – the stronger side,” said Huffman.

“If you remember, two years ago Hermine produced a significant storm surge risk well away from it’s track. And even inland areas stand the risk of some intense rain bands with a tornado risk,” he said.

Huffman urged everyone – especially those along the coast – to act quickly today and listen to authorities.

“Some of the state’s most vulnerable coastline to storm surge is unfortunately in the direct path of this one. Anyone from Destin to Cedar Key could experience a life-threatening inundation. So I strongly advise residents in these areas to make today their decision day. Listen and go, if told to,” said Huffman.

Tropical storm force winds could arrive as early as Tuesday morning along the west coast of Florida, then by Tuesday evening in the panhandle.