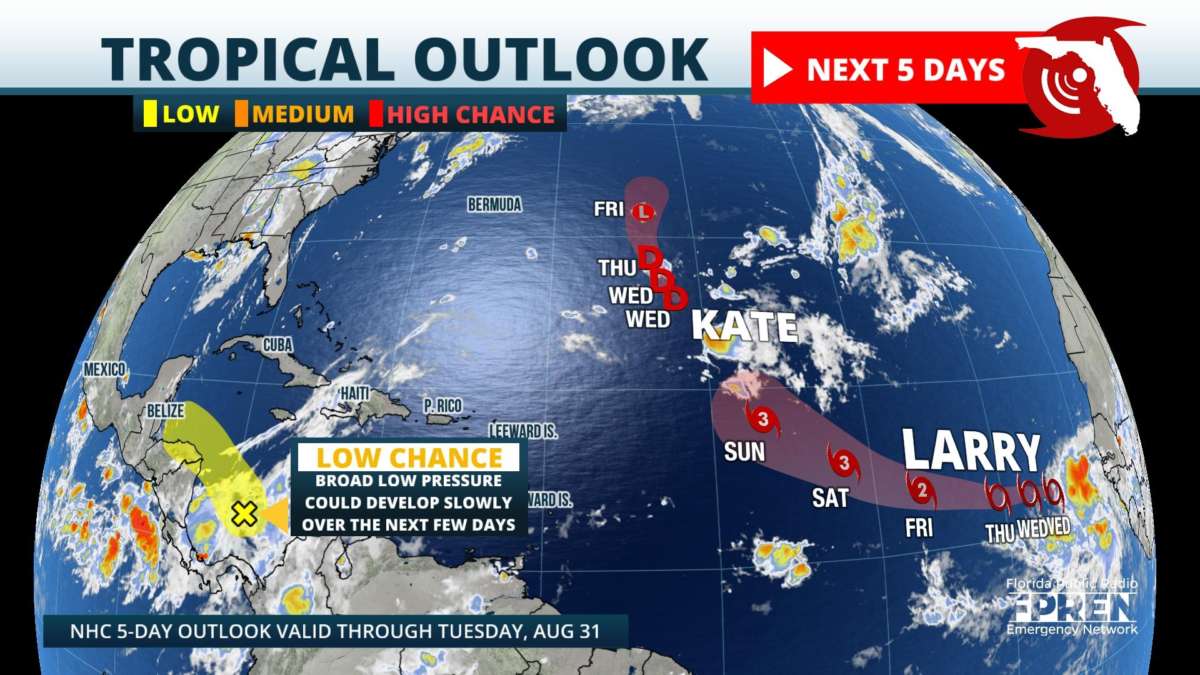 The season’s 12th named storm — Tropical Storm Larry — is expected to become a major hurricane, but it is forecast to stay over the open waters this holiday weekend.

Larry is located about 175 miles south of the Cabo Verde Islands, not far off the coast of Africa, early Wednesday morning. It is forecast to reach hurricane status some time on Thursday and a major, category 3 hurricane Friday night or Saturday. It is far too soon to confidently say whether Larry would ever present a threat to the United States mainland or other land areas, but it is expected to track west to west-northwestward over the open tropical Atlantic through the upcoming Labor Day holiday weekend.

An area of low pressure over the southwest Caribbean, east of Nicaragua, has a low chance of developing into the season’s next tropical system late this week. The most likely scenario keeps this system near the coast of Central America, which would limit strengthening because of its proximity to land. There may be another opportunity for this low pressure to develop, according to the National Hurricane Center, over the southwest Gulf of Mexico late in the weekend or early next week.

Tropical Depression Kate is located about 900 miles northeast of the Leeward Islands. There is a chance it could briefly regain tropical storm status, but dry air and wind shear will likely cause Kate to weaken and dissipate this weekend over the open Atlantic Ocean.