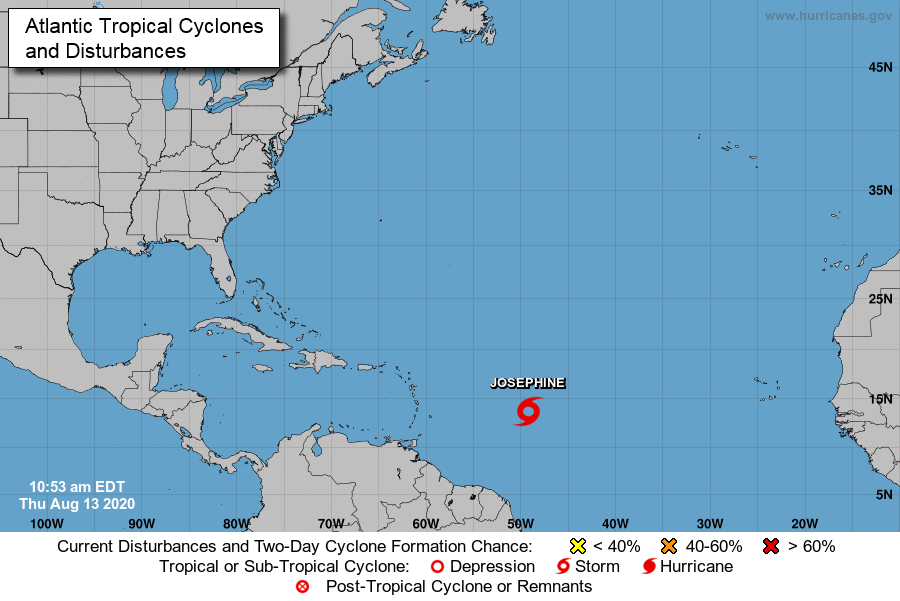 Meteorologist Jeff Huffman says the storm is forecast to strengthen briefly, but explains why it likely won’t be a threat to the United States.

“The strong upper-level winds have relaxed enough, so Josephine is likely to strengthen until Saturday. Afterward, I expect strong wind shear to weaken the storm early next week into just a tropical wave, and it will also likely curve north and out to sea.”

Huffman says Josephine is the earliest-recorded tenth-named tropical storm. The previous record was Tropical Storm Jose, which formed on August 22, 2005.