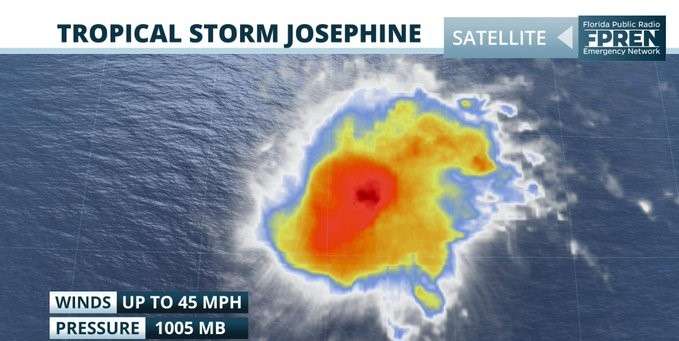 MIAMI (AP) — Tropical Storm Josephine has formed in the Atlantic Ocean, making it the earliest “J-named” storm in a record-setting hurricane season.

It was moving west-northwest with maximum sustained winds of 45 mph. No coastal watches or warnings are in effect.

Josephine was the earliest tenth Atlantic named storm on record, breaking the previous record of Jose, which formed Aug. 22, 2005. Only Hanna and Isaias have developed into hurricanes so far this year.