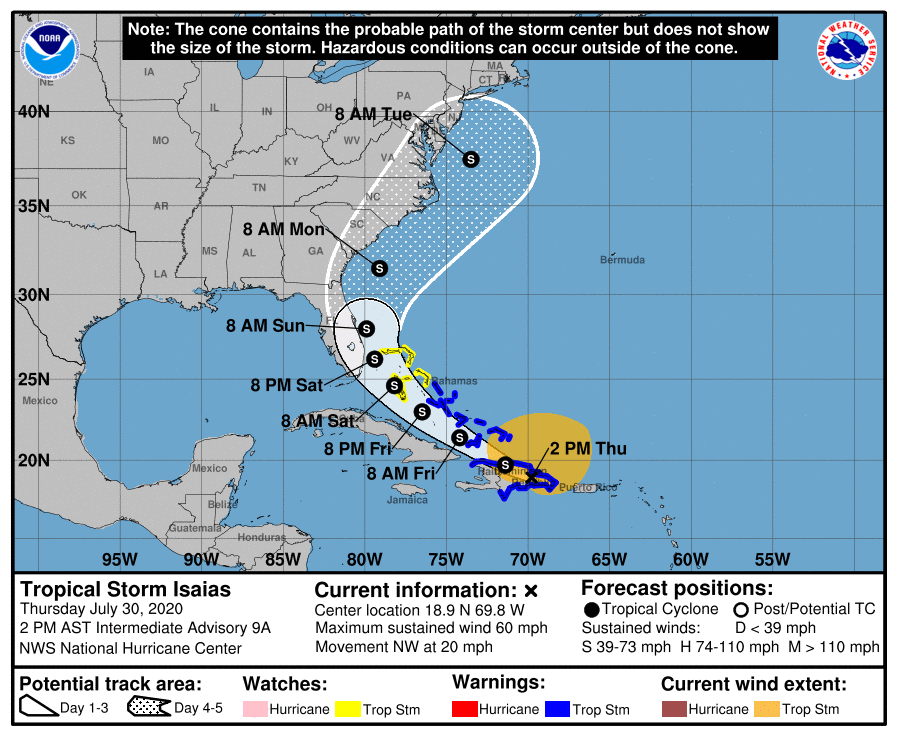 The storm is expected to impact Florida as early as Saturday morning.

Tropical Storm #Isaías is approaching the mountainous island of #Hispaniola, with no significant change in strength noted over the past 3 hours, per the @NHC_Atlantic. 2 pm advisory at https://t.co/b0zmUgv5XV #flwx pic.twitter.com/KcFOTrd1GG

Tropical Storm Isaías has been producing life-threatening flooding and tropical storm-force winds in the Dominican Republic and Puerto Rico Thursday.

Meteorologist Dr. Athena Masson says there will likely be some impacts from Isaías in our region, but the magnitude of any potential hazards remains uncertain.

“The next several hours will be crucial as Isaías passes over Hispaniola. The mountainous island could help to weaken the storm. However, this is a large system and even if it stays offshore of Florida’s east coast, there will still likely be high surf, heavy rainfall, and some gusty winds, especially for locations near the coast.”

Dr. Masson says the forecast is still likely to change before Isaías nears, but that tropical storm-force winds could arrive in South Florida as early as Saturday morning.

Tropical Storm Watches have not been issued yet, but could be warranted within the next 24 hours for those areas.