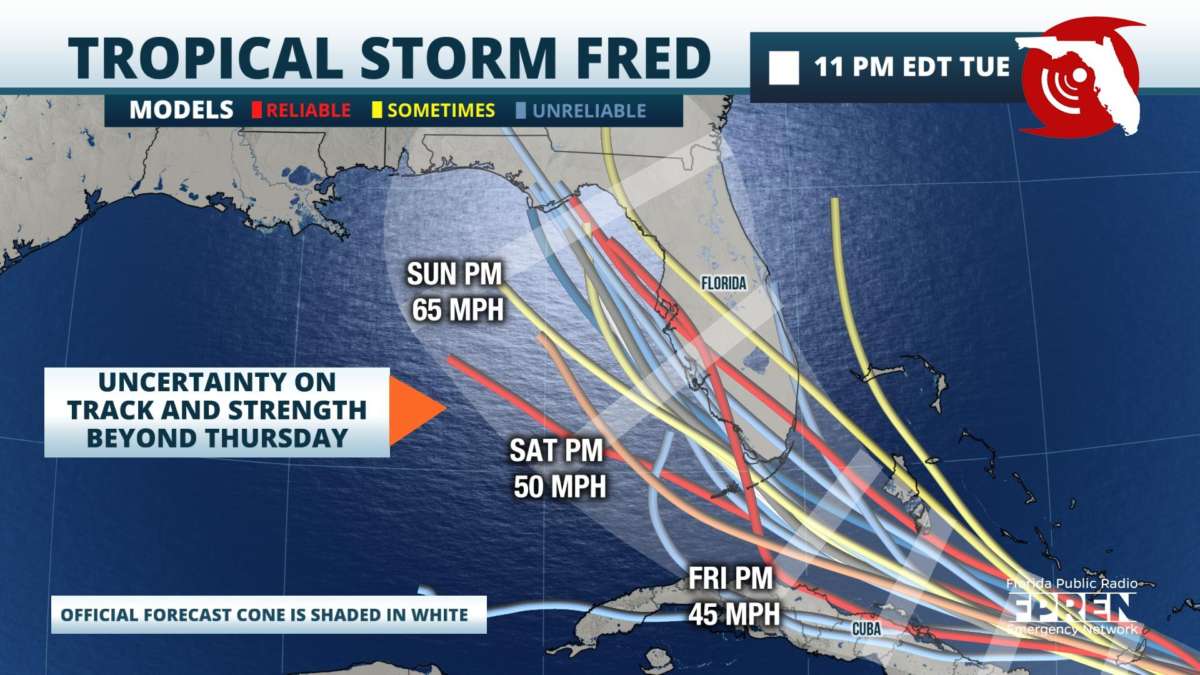 Meteorologist Ray Hawthorne says it’s likely to be near Florida or the eastern Gulf of Mexico this weekend but it has some obstacles in its way.

“The high mountains of Hispaniola should cause Fred to weaken later today. Wind shear and its close proximity to Cuba should prevent rapid restrengthening before the storm reaches the Florida Straits on Friday night. However, some rain and squally weather could reach the Florida Keys and South Florida late Friday night into Saturday.”

The latest forecast indicates there is a good chance of Fred reaching the eastern Gulf of Mexico late Saturday night or Sunday.

Ray says if that occurs, Fred could regain tropical storm status before potentially affecting other parts of the Sunshine State Sunday or early next week. He encourages those with plans this weekend to monitor forecasts carefully.