Tropical Storm Delta Expected to Strengthen, Become a Hurricane Before it Enters Gulf of Mexico 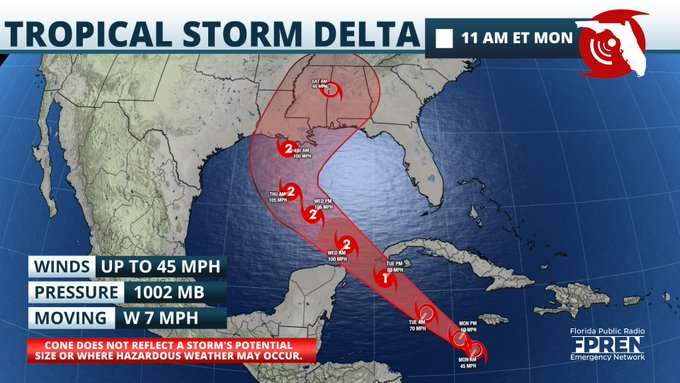 Delta has top sustained winds of 45 mph as of the 11 am update from the National Hurricane Center. It’s expected to keep strengthening and Meteorologist Ray Hawthorne says it’s likely to be a hurricane before it enters the Gulf of Mexico.

“The environment strongly favors strengthening and I wouldn’t be surprised if Delta rapidly intensifies tonight and Tuesday. The storm should turn northward over the Gulf and be somewhere on the coast between Louisiana and the western Florida Panhandle on Friday.”

They say it’s too soon to pinpoint where the worst of the weather will be, but strongly encourage residents there to monitor the forecasts carefully.