Tropical Disturbance Expected to Move Toward Florida This Weekend 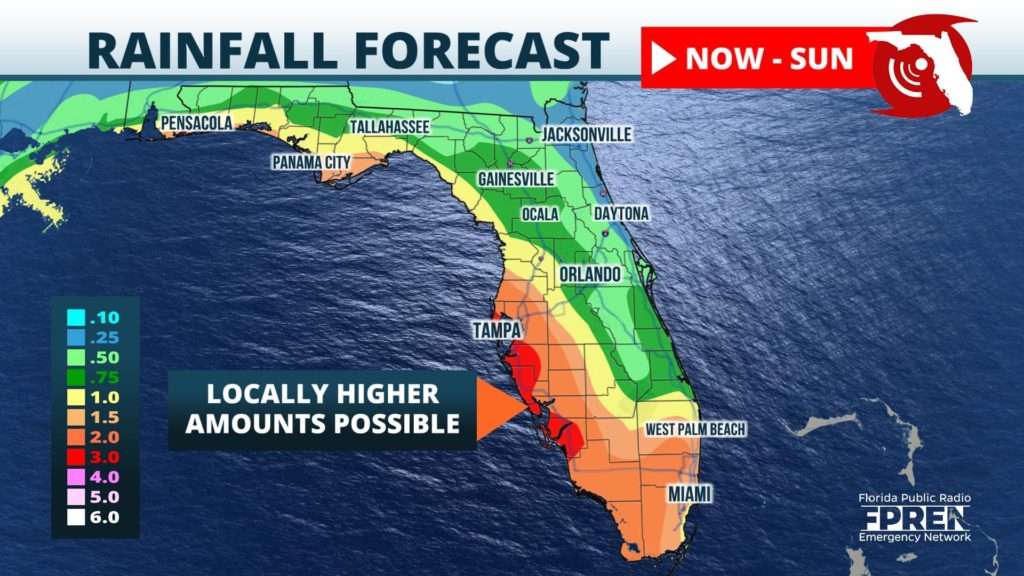 A tropical disturbance moving through the Bahamas is expected to move toward Florida this weekend.

Meteorologist Ray Hawthorne says the disturbance is likely to produce locally heavy rainfall over the state this weekend.

“The disturbance could develop in the Gulf early next week, but this currently appears to be primarily a rain-maker. Widespread 1 to 3 inch rainfall amounts will likely cause areas of flash flooding, focusing on the peninsula on Saturday and spreading to the Panhandle on Sunday. Its slow movement means areas of heavy rain are likely to continue into Monday.”

Forecasters say Tropical Storm Paulette over the open Atlantic is forecast to become a hurricane this weekend as it approaches Bermuda. Rip currents and swells are expected to spread to the Atlantic coast from Paulette.

The National Hurricane Center says Tropical Storm Rene and a few other tropical waves near the African coast are not expected to threaten land areas through early next week.