Tropical Depression Eta is Back Over the Caribbean Sea 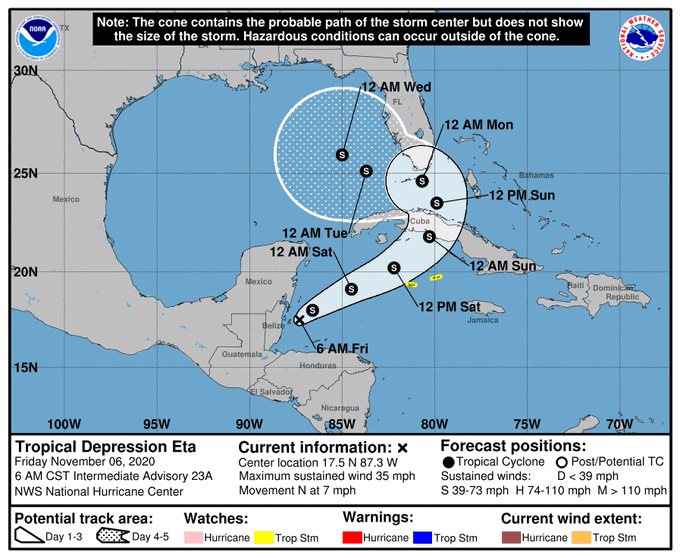 Tropical Depression Eta is now back over the northwest Caribbean Sea and is set to make its move toward Florida as a tropical storm late this weekend.

Meteorologist Ray Hawthorne says impacts are likely to reach parts of Florida as soon as Saturday.

“There are still unknowns with its exact track and forward speed, but Eta is expected to be large so there’s a chance of heavy rain and flooding Sunday or Monday with the highest confidence in South Florida. Gusty winds are also likely over a large portion of the state.”

Ray says bands of heavy rain are possible from Eta, especially Sunday and Monday, with the greatest chances south of the I-4 corridor.

He says additional effects are possible elsewhere in the state early next week, but it’s not possible to specify where because of the unusual uncertainty in Eta’s track.

He recommends following forecasts carefully over the weekend for possible changes.